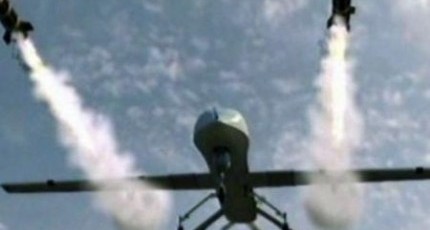 "We are assessing the results of the operation and will provide additional information as and when appropriate," he said.

No other information was immediately available. The Pentagon did not say who was targeted, where in Somalia the operation took place nor why the operation was happening now.

But the governor of Somalia's Lower Shabelle region said a suspected drone strike hit a small rebel-held village between the towns of Dhaay Tubaako and Haaway.

Gov. Abdikadir Mohamed Nur Sidii added that attack appeared to target an Al-Shabaab camp where top leaders of the group have been holding a meeting to discuss an ongoing joint offensive by Somali and AU troops against their strongholds in the country's south.

He said those targeted appeared to include the leader of the Al-Shabaab militants, Ahmed Godane, but it was not clear whether he was injured or not.

Godane has been a driving force behind Al-Shabaab declaring its affiliation to al Qaeda and has pressed for the group to launch attacks beyond Somalia.

The United States designated Al-Shabaab, an al Qaeda-linked militant group, as a foreign terrorist organization in March 2008. It has targeted Al-Shabaab leaders in Somalia at least twice in the past year.

Also Monday, the African Union Mission in Somalia (AMISOM) announced that military forces had liberated several important towns from the terrorists' grip, in the Middle Shabelle and Hiiran regions

"The Somali National Army supported by AMISOM forces have faced little resistance from their advancement as al-Shabaab simply melted away when they heard the aligned forces are approaching," the mission said in a written statement.

The developments come just one day after Al-Shabaab fighters dressed in government military uniforms approached the gate of a high security prison in Mogadishu, set off a car bomb and fired their way into the building.

During the assault on the National Intelligence and Security Agency prison, three security guards and two civilians were killed and 15 others were injured, Security Ministry spokesman Mohamed Yusuf told CNN.

The NISA prison is underground and is close to the Somali presidential palace in Mogadishu. Hundreds of inmates, mostly Al-Shabaab members, are being held there.

Al-Shabaab hopes to turn Somalia into a fundamentalist Islamic state and has launched attacks in other countries as well.

The group claimed responsibility for the siege of the Westgate mall in Nairobi last September 21 that killed at least 67 people.

By Barbara Starr and Omar Nor, CNN 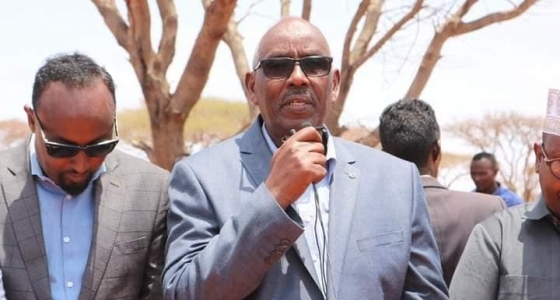