Uganda Army clarifies on Salary scam within UPDF in Somalia

KAMPALA – The Uganda army has come out and clarified on a media report on a “scam” regarding payment of salaries of UPDF soldiers serving in Somalia on peace-keeping missions.
News Keydmedia Online
27 July 2014 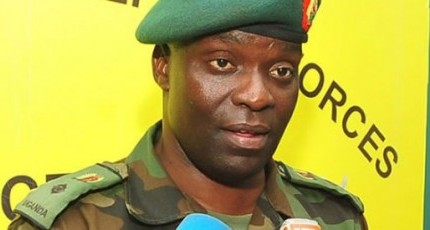 The details of the story were published in Saturday Vision of July 26, 2004 titled: “Salary scam hits UPDF in Somalia”.

In response, UPDF spokesman, Lt Col Paddy Ankunda, said in a press statement nn Saturday that the report is “unfounded and maliciously designed to taint the good image of the UPDF”.

According the report, several Ugandan soldiers serving on peace-keeping missions in Somalia are crying foul for being sent back home before the end of their mission, and their money swindled.

It reveals that up to 40 soldiers have been affected.

But Ankunda came out to respond to the story’s revelations, by among other things, emphasizing that soldiers serving under AMISOM “are paid allowances and not salaries”.

Below is his statement in full

The report that alleges connivance of paymasters with contingent administrators to declare healthy soldiers sick, send them back home before end of their mission for purpose of sharing their money, is unfounded and maliciously designed to taint the good image of the UPDF.

Soldiers serving under AMISOM are paid allowances and not salaries. All soldiers continue getting their salaries back home.

Whereas it is true that some soldiers do not complete their tenure in Somalia, such categories are sorted through a transparent process based on AMISOM Standing Operating Procedures.

There are several grounds under which individuals are sent back home, like medical, general discipline, failure to meet the requirement of AMISOM standing operation procedures, reduction in force as dictated by AMISOM force levels for a contingent, and general performance, among others. .

Most of the names appearing in the media left under grounds like failure to meet the operation standards by performance and discipline, though others were on medical grounds.

The main complainant, one Zephania Nyakubaho, was repatriated after he was found to be non-effective in operations, based on his medical condition. While it might be true that the soldier is HIV negative, there are several other medical conditions that can lead to an individual’s repatriation. Investigations have since been carried out on his claims and established that he does not deserve any claimed payment.

The UPDF takes full responsibility to give the best of treatment to its sick personnel in all operations. It has never been our practice to deny payments to any sick soldier when they are on official sick leave.

AMISOM pays allowances of only troops who are on ground and performing their tasks. As such individuals who are repatriated back to their countries, like Nyakubaho, do not get any more emoluments after twenty one (21) days of leave from the mission area.

Payment is made directly by African Union to the Government of Uganda and onto individual bank accounts of the soldiers by Bank of Uganda.

The UPDF is committed to ensuring the best of welfare of it troops and their families and affirms that all who serve under AMISOM get their pay for the period worked and no individual’s allowances are swindled by paymasters or administrators as was reported in the press.