Since the resolution in 2020, Turkey has delivered seven consignments of weapons and ammunition to the federal government in Somalia and notified the UN about the shipments. 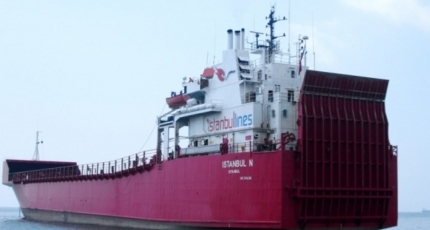 Stockholm - A Turkish-based maritime company in April 2021 delivered military trucks to Somalia without informing the UN about compliance with sanctions requirements, which prompted UN investigators to launch a probe into the shipment.

According to the intelligence obtained by UN experts working for compliance with the arms embargo on Somalia, İstanbullines Lojistik ve Denizcilik Limited Şirketi offloaded 44 Kamaz military-type trucks at the port of Mogadishu on April 30, 2021. The freighter that transported trucks to Somalia departed Turkey on April 15, 2021, and sailed via the Suez Canal to an anchorage in Jeddah, Saudi Arabia, before docking in Mogadishu.

The UN Panel of Experts on Somalia, authorized by the UN Security Council to oversee compliance with the UN arms embargo on Somalia, said no notification was received from the company or the Turkish government about the shipment. The panel sent an official letter to İstanbullines on June 8, 2021, asking for information about the delivery in order to determine whether it was in compliance with UN arms embargo requirements.

A review of İstanbullines’ trade registry records by Nordic Monitor shows that the company was established on March 23, 2018, by Najjar Oussama, listed as a Lebanese national. Two companies, investment firm Nesmal Yatırım Holding and aviation company Onur Havacılık Ticaret Anonim Şirketi, were listed as shareholders in İstanbullines. Oussama is involved in Nesmal and serves as chairman of the board, meaning he calls the shots at İstanbullines, where he has a controlling stake directly and by means of other companies.

In the registration declaration, İstanbullines’ initial capital was stated to be 500,000 Turkish lira (approximately $126,289 at the exchange rate in effect at the time). Turkish nationals Ahmet Veysi Dağ and Metin Taktak were registered as managers. In January 2019 the company increased its capital to 27.4 million Turkish lira ($5.1 million), 32 million lira ($5.4 million) in January 2019, and 40 million lira ($5.1 million) in December 2020.

Oussama also filed papers with Turkish authorities In December 2019, asking that his Lebanese nationality in the registration of his companies be replaced with his newly acquired Turkish nationality. He most likely managed to obtain Turkish citizenship through the investments he made in Turkey.

Turkey offers citizenship to foreigners who make a fixed capital investment valued at a minimum of $500,000 or purchase a house or other real property worth at least $250,000. Strapped for cash amid an ailing economy and declining foreign currency reserves, the government of President Recep Tayyip Erdoğan launched a campaign to sell citizenship to foreigners who brought money to Turkey.

The ship that drew the attention of the UN experts was the Birden, a 7,504 gross tonnage passenger/Ro-Ro vessel. Originally built in 1973 and used for decades by Swedish firms until it was sold to a Turkish company in 2015, the ship currently sails under the flag of Comoros. According to the Marinetraffic.com website, it has recorded no movement since it delivered the cargo to Somalia and sailed to Pakistan, where it was listed as decommissioned or lost.

The photos included in the UN report show the ship’s name to be Birden but the sections of the vessel containing the name İstanbullines were repainted, possibly to mask the name of the shipping company in Istanbul. However, the UN experts said “İstanbullines” can still be deciphered under the paint.

As part of the mandate in UN Security Council Resolution 2551, which was adopted in 2020, the UN experts review arms deliveries to Somalia and submit regular reports to the council. The UN arms embargo on Somalia was only partially lifted in 2013, and the UN experts monitor all arms deliveries to Somalia including to the federal government as well as to terrorist organizations such as al-Shabab.

Since the resolution in 2020, Turkey has delivered seven consignments of weapons and ammunition to the federal government in Somalia and notified the UN about the shipments. However, the shipment by İstanbullines was not among those reported, and it is not clear how many shipments from Turkey were delivered without notifying UN officials.

Erdoğan’s Islamist government has invested militarily and economically in Somalia, built a military base in Mogadishu, and helped shady Turkish businesspeople acquire port and airport deals. With the help of Erdoğan in 2014, management of the Mogadishu harbor facilities was handed over to the Islamist Albayrak Group, a Turkish conglomerate accused of corrupt practices in Turkey and abroad.

Cemalettin Kani Torun, a staunchly Islamist doctor, was appointed as a non-career ambassador to Somalia in 2011. Torun funneled millions of dollars to Erdoğan’s business associates while he was there, until 2014. He also secretly met with al-Shabab terrorist leaders and sold them arms, according to a whistleblower account that leaked inside government information on Twitter under the name of Fuat Avni in 2014.

Nordic Monitor previously published a classified report by Turkey’s Financial Crimes Investigation Board (MASAK) that showed how the Erdoğan government hushed up a probe into hundreds of thousands of dollars in aid to al-Shabaab. According to the MASAK report, the Turkish Foreign Ministry sent letter No. 48378 to MASAK on March 22, 2013, attaching a request for information sent by the US Treasury’s Office of Terrorism and Financial Intelligence, led by Under Secretary David S. Cohen at the time.

The intelligence picked up by the Americans indicated that Turkish national İbrahim Şen and his brother Abdulkadir Şen were involved in delivering $600,000 to al-Shabab between September and December 2012. Turkish authorities hushed up the probe into the Şen brothers.