Somalia's President Mohamed Abdullahi Mohamed, better known by his nickname Farmajo, faced a leadership crisis Monday as his term ended with no clear path toward elections. 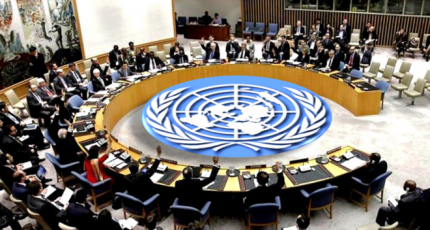 Tuesday's closed-door meeting was requested by Britain, which is this month heading the Council, sources said.

Somalia's President Mohamed Abdullahi Mohamed, better known by his nickname Farmajo, faced a leadership crisis Monday as his term ended with no clear path toward elections.

An alliance of opposition parties declared they no longer recognized his authority.

For the UN, "there is still room for Somali leaders to come together, find a political solution that will preserve the institutions that they've worked so hard to build," UN spokesman Stephane Dujarric said at a press briefing.

"Dialogue among all the parties involved is essential to have a clear and broad agreement on the way forward."

According to its monthly program, London had initially scheduled a public Security Council session on Somalia on February 22, before the renewal of the African Union Amisom mission, which expires on February 28.

Farmajo and the leaders of Somalia's five semi-autonomous federal states reached an agreement in September that paved the way for indirect parliamentary and presidential elections in late 2020 and early 2021.

But it fell apart as squabbles erupted over how to conduct the vote, and last-minute talks to salvage the agreement collapsed Friday.