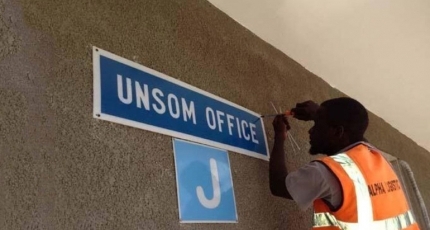 NEW YORK, USA - The UN Security Council members have overwhelmingly voted in favour of Resolution 2592 (2021) to renew the mandate of UNSOM for another year, until 31 May 2022.

The new Resolution adopted on Monday requests the United Nations Assistance Mission to strengthen its presence across the Federal States in Somalia “as the security situation allows”.

Against that backdrop, the UNSC called on the Somali Government and its member states to organize free, fair, credible, and inclusive elections, in line with the 17 September 2020 and 27 May 2021 agreements without further delay and finalize preparations to this end.

On the security front, the Council strongly condemned continued attacks by Al-Shabaab and urged Somalia’s authorities, the AU Mission in Somalia (AMISOM), and the United Nations to work closely on strengthening safety for United Nations and African Union facilities and staff.

China's envoy to the UNSC said the international community is facing a major adjustment of its security arrangement in Somalia, noting that UNSOM’s mandate renewal is conducive to helping the country achieve its security and political transition.

The mission was established in June 2013 by the UN Security Council in support of the new Federal Government led by Hassan Sheikh Mohamud who served as president 2012-2016.