US offers $6M bounty to hunt down four Al-Shabaab leaders 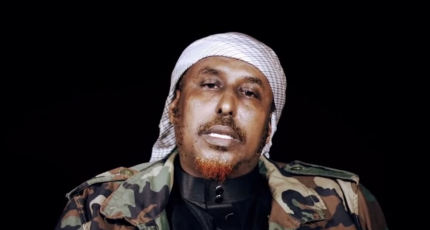 WASHINGTON, the USA - The U.S. State Department has issued a $6 million (Sh.669 million) reward for information on the whereabouts of four al-Shabaab terrorists for their involvement in terror attacks in Kenya and Somalia.

The four; Abu Ubaidah, Mahad Karate, Fuad Mohamed Khalaf, and Jafar are said to be top officials at the Somalia-based terror group.

1 - Abu Ubaidah (Direye) has led the militant group for just over a year since Al-Shabab's former leader, Ahmed Abdi aw-Mohamed (known as Godane), was killed in a U.S. airstrike.

The militants have caused havoc in Kenya and Somalia under Ubaidah's leadership since 2015, most notably with a massacre at Garissa University in Kenya, in which 148 people were killed and the 2017 Mogadishu twin truck bombings where 587 people died.

2 - Mahad Karate is also known as Abdirahman Mohamed Warsame. Karate serves as the terror group's shadow deputy leader. Karate has some command responsibility for the Amniyat, al-Shabaab’s intelligence and security wing, as well as the group’s finances.

3 - Fuad Mohamed Khalaf has facilitated financial support to al-Shabaab; in May 2008, he held two fundraising events for al-Shabaab at mosques in Kismaayo, Somalia.

In May 2008, Khalaf and a group of fighters attacked and captured a police station in Mogadishu, killing and wounding several soldiers.

In April 2010, Khalaf was designated by the U.S. Department of the Treasury under Executive Order 13536 for contributing to the violence and the deterioration of security in Somalia.

4 - Jafar also known as Abu Amar, is an al-Shabaab facilitator and has served as Abdikadir Mohamed Abdikadir's deputy, and is reportedly missing one eye.