US provides $105 million humanitarian aid to Horn of Africa 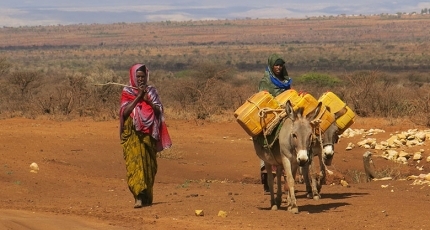 MOGADISHU, Somalia - In response to the historic drought threatening millions of lives in the Horn of Africa, the United States, through the U.S. Agency for International Development (USAID), is providing nearly $105 million in critical humanitarian aid to bring immediate relief to the most vulnerable people.

The region is in the midst of a fourth consecutive failed rainy season with worsening drought conditions increasing the likelihood of famine for hundreds of thousands of people in the Horn of Africa, according to a press statement from the US Government.

A fifth rainy season is forecast to be drier than average, further devastating livelihoods for families who depend on crops and livestock for food to survive. As a result, more than 16 million people need immediate humanitarian assistance. The number is expected to rise to unprecedented levels, with up to 20 million people in need of urgent assistance by September.

This additional funding will enable USAID partners to provide life-saving food assistance, support for health and nutrition services, and access to clean water. The funding also supports protection activities, such as safe spaces and case management for women and girls displaced by drought.

Like other regions in the Middle East and Africa, the Horn can no longer import critical wheat and other grains from Ukraine due to Russia’s unprovoked aggression, putting millions of women, men, and children at risk of death if they do not find enough food to eat.

The United States is the largest single-country donor of humanitarian assistance to the Horn of Africa, providing more than $507 million across the region since the beginning of the Fiscal Year 2022, but more funding is needed urgently from other donors.

Given the severity of the drought and the scale of humanitarian needs, the U.S. government is urging other donors to increase critically needed assistance to prevent famine and save the lives of millions of people.

The United States cannot meet the needs of the region on its own. The donor community must come together to avoid more suffering and significant loss of life.