US to extend economic sanctions over security situation in Somalia

The US administration will extend US economic sanctions over the security situation in Somalia, the Whitehouse announced in a press release. 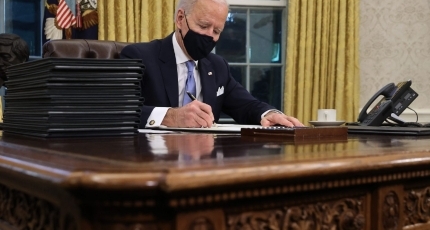 WASHINGTON, USA - US President Joe Biden has signed an order extending for at least another year US economic sanctions imposed on Somalia that were previously approved by previous administrations under presidents Barack Obama and Donald Trump, the White House announced in a press release.

“The situation with respect to Somalia continues to pose an unusual and extraordinary threat to the national security and foreign policy of the United States,” Biden said on Thursday.  “For this reason, the national emergency declared on April 12, 2010, and the measures adopted on that date and on July 20, 2012 (...) must continue in effect beyond April 12, 2021.”

United States President Joe Biden said he was accordingly keeping the previous Executive Order 13556 in place for the next 12 months.