Galmudug state leader Ahmed Qoor-Qoor was accused of planning a major assault on Guri'el town after the Somali government sent troops to the region. 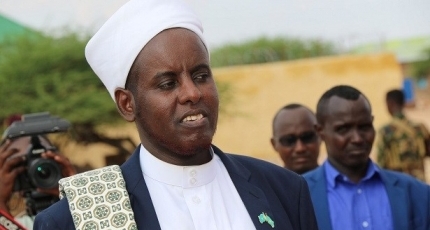 Ahlu Sunna re-established a foothold in Galmudug after nearly two years of absence from the political arena. The moderate Islamist group has fiercely battled Al-Shabaab for many years.

The leader of Galmudug Qoor-Qoor is facing uncertainty about his future after losing key ground to Ahlu Sunna, a powerful group that enjoys immense support from local people.

At least 15 people lost their lives in a battle that erupted between ASWJ fighters and Galmudug troops in Bohol, an area located about 30 kilometers north of Dhusamareb city last month.

What prompted the return of ASWJ?

In February last year, the Somali government kicked out the Ahlu Sunna group from their main base in Dhusamareb after an offensive by the Turkish-trained Haram'ad, elite police personnel.

ASWJ's spiritual leaders - Sheikh Shakir and Moalim Mohamud fled the country following the collapse of their rule. They returned to Galmudug last month from exile after more than 1.5 years.

After seizing the control of Guri'el, the leaders announced that their comeback is not something to worry about by the local authorities and the people as they want to fight against Al-Shabaab.

However, analysts believe that ASWJ's current mission is beyond the war on Al-Shabaab and seizing the towns to negotiate with the central government for seats in the upcoming parliament.

The group's leadership also eyes three other seats held by Mahad Salad and Saeed Nur Garish during the tenure of the 10th parliament whose mandate expired in December last year.

Wadajir Party leader, Abdirahman Abdishakur Warsame who is among the opposition candidates is said to be contesting for one of the seats that ASWJ is now trying to control.

He warned attack against Guri'el which could lead to a bloody conflict in the region that has been facing numerous challenges, including drought and locust invasion on the farming land.