Why return of US drone strikes important to Somalia at this time?

The absence of the U.S. military’s persistent drone strike and presence on the ground contributed to an increase in Al-Shabaab attacks in Mogadishu and on bases for the African Union and Somali forces. 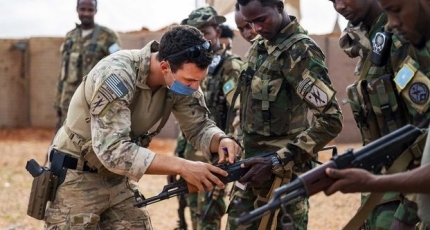 MOGADISHU, Somalia – U.S. President Joe Biden has signed the Pentagon’s proposal to send American troops back to Somalia after Trump who pulled them out vacated the White House last year.

The decision to re-deployment about 500 special operations soldiers comes amid a leadership change in Somalia as Hassan Sheikh Mohamud takes over from Mohamed Abdullahi Farmajo after May 15 vote.

Somalia’s newly president Hassan Sheikh Mohamud welcomed Biden’s authorization of dispatching the troops to his nation, saying Washington has always been a reliable partner in the war on Al-Shabaab.

The President of the Federal Republic of Somalia H.E Hassan Sheikh Mohamud thanks and appreciates H.E Joe Biden for  authorizing the deployment of American troops to Somalia. The US has always been a reliable partner in our quest for stability and the fight against terrorism," Villa Somalia tweeted.

The absence of the U.S. military’s persistent drone strike and presence on the ground contributed to an increase in Al-Shabaab attacks in Mogadishu and on bases for the African Union and Somali forces.

On the other hand, civilians in Al-Shabaab-controlled areas have expressed fears of the return of the U.S. airstrikes that killed scores of people and livestock in recent years.

The people say they lived in peace since December 2020, when Donald Trump ordered about 750 U.S. forces in Somalia to withdraw and reposition them in East Africa in order to carry out necessary raids.

The new Somali president vowed to stabilize the nation and liberate Al-Shabaab from the areas until remained under its control after Farmajo’s administration failed in the security and the war on terror.