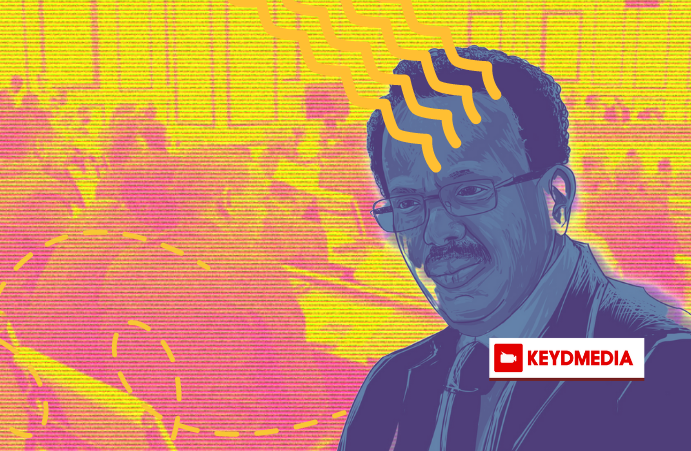 The election process continued for almost 20 months -September 2020-April 2022, never seen in the history of any kind of political elections. It represents a shameful political history of Somalia.

The procedures of the indirect elections, which were clear and simple to follow to secure acceptable elections, were set aside because of the political tit-for-tat between warring camps instigated by the merciless political power grab pursued by president Mohamed Abdullahi Farmajo from day one of his term in office. In general, the 11th parliamentary election was the worst in the Somali history because the implementing regional authorities deliberately disregarded to adhere to the principles of openness, transparency, and prevention of election violence prescribed under article 46 (2, 3) of the provisional constitution and scandalously abused the clear and fair procedures laid out for the implementation of the indirect elections. The election administration was far from using the state power for serving national interest. President Farmajo is the godfather of the poisonous political division and election fraud that thrived under his leadership.

As a bright spot in a sea of despair, the public cheered the election process of few seats for their compliance with the agreed procedures. For example, the performance of president Ali Abdullahi Hussein (Ali Gudlawe) of Hirshabelle State merits special mention because he managed the election process better than all other federal member states under unimaginable danger and duress. His leadership prevented violence between clans - Abgal and Hawadle; Gaalje’el and Hawadle; and intra Abgal, Gaalje’el, and Hawadle violence. During his stay in Beletwein, capital of Hiran region, he endured two suicide attacks that killed many prominent leaders and citizens including the human right activist, member of the federal parliament Amina Mohamed Abdi. President Ali is the first Somali leader who spoke truthfully and with empathy to the people of Hirshabelle and Somalia about the casualties of the devastating attacks of Al Shabab so far. Conceding that some candidates and insiders could disagree with my observation, I consider that under the unspeakable widespread electoral corruption induced by Farmajo and his ally Fahad Dahir Ahmed (Fahad Yassin Haji Dahir) for their own power grab, the performance of President Ali Gudlawe was far better than his counterparts and was anticipated and deserves special appreciation.

Overall, the experience of the 11th parliamentary election leaves behind bitterness and deep-seated dangerous perception of illegitimacy of the state institutions – the parliament, the president, and the council of ministers-, which would be a major obstacle to the formation of viable federal government in Somalia. Thus, the real concern is that the 11th federal parliament could most probably fail to fulfill its constitutional responsibilities of representation, legislation, and oversight of the executive and became a rubber stamp of the president and executive as the 10th federal parliament because of the unpatriotic and corrupt character of the members of the federal parliament and the obliteration of the division of power between the legislature, the presidency, and the executive.

Mohamed Isse Trunji, in his recent article assessing the performance of the State Institutions – the Parliament, the President, and the Council of Ministers (the executive) – for the past 10 years, concluded that the ruling class failed to recognize the important principle of separation (division) of powers between the institutions of the federal state for checks and balances as required in the provisional constitution to strengthen the democratic system of governance. The continuation of the deliberate disregard or the lack of understanding of the fundamental principle of separation of powers between the state institutions in the next 4 years will guarantee the total failure of the federal government of Somalia.

For the second time, Somalia strives to travel on the difficult road of establishing a democratic government based on the rule of law, a kind of the government that is shunned in the Horn of Africa. Few African countries made into the roster of the democratic countries. Out of the 54 African countries, only five countries passed the test of democratic countries.  They are Mauritius, Cape Verde, Botswana, South Africa, and Ghana. The important criteria for gaining democratic credentials are based on the progress made on the electoral process and pluralism, civil liberties, the functioning of the government, political participation, and political culture.  Therefore, the 11th federal parliament determines the failure or success of democracy in Somalia.

Sixty five percent (65%) of the members of the 11th federal parliament are neophytes in politics and unfamiliar with the constitution and parliamentary functions and regulations. More dangerously, their loyalties lie with their sponsors and self-interest rather than with the constitution and their oath of office to serve the public interest. In addition, there is strong perception that the majority of the parliamentarians are loyal to foreign countries. The challenge is how to overcome the multiple ills that are impediments to the revival of the Somali State.

The failures of the previous Somali parliaments are attributed to the issues of corrupt and inept leadership, lack of separation of powers between parliament and executive, lack of legal and governance knowledge and training of the parliamentarians, absence of public and media scrutiny, and conflicting international influence.  The four-year term that begins with swearing in of the 11th federal parliament represents the last chance for Somalia to establish a national government that is able to run a country presently in disarray.

The Somali Elite are warned to devote serious attention to the performance of the new parliament and government to prevent another regrettable loss of precious years. The serious grievances and distrust among Somalis due to civil war and the devastating consequences of state collapse should be tackled upfront and definitively explained and recorded for present and future generations to fortify the foundations of the Somali state.

It’s my humble opinion that the following critical steps could improve the chance of success of the 11th federal parliament. The first step is the election of responsible leadership that are competent, trustworthy, impartial, and judicious among the elected parliamentarians. Election of known corrupt personalities will exacerbate current despair. This step will set the stage for the success or failure of the new federal parliament. The second step is the development and issuance of a code of conduct of the members of parliament to control of their ethics in public discourse.

The third step is to approve one-time payment of $ 10,000 (ten thousand dollars) to each member of the 11th federal parliament as an allowance for settling expenses. This money should help the parliamentarians for their settling in Mogadishu.   The fourth step is one-month induction training for all members of the 11th federal parliament on the teaching of the Islam on leadership, the provisional constitution and its completion, democracy, parliamentary functions, federalism and government institutions and functions, and the model of the Somali State and its peculiarity. The training takes place in Mogadishu. All members must attend the training with serious penalties for those who fail to attend. National and international experts deliver the various subjects.  The parliamentarians must understand that the Somali State is not the composition of clans but the composition of values of justice for all, honesty, objectivity, compassion, and sense of altruism.

The fifth and most important step is the suspension of the validity of the articles 59 (e), 97 (3), 98 (a) that allow the members of the federal parliament to be members of the Council of Ministers (the executive) over which they have oversight responsibility. The above-mentioned article contravenes with the founding principles of the provisional constitutions mentioned under article 3 (4), which states that “the constitution of the constitution of the federal republic of Somalia promotes …… the separation of powers between the legislature, executive, and an independent judiciary in order to ensure accountability efficiency, and responsiveness to the interests of the people.” The articles are also in conflict with article 69 on the powers of the members of the FP.

Therefore, it is time to prohibit the members of the federal parliament to be at the same time members of the council of ministers for conflict of interest. If a member chooses to join the Cabinet or other offices, he or she should vacate the parliamentary seat. This key issue should be decided before the election of the president of the federal republic in the next two weeks so that no member of parliament bargains his vote for exchange with ministerial position. I appeal to the international partners of Somalia to firmly back the separation of power between the legislative, the president, and the executive organs of the federal government of Somalia for accountability and transparency.

Failure to consider the above-mentioned steps before the election of the federal president will exacerbate with all certainty the fragility of the Somali State. I call the Somali Elite to express their views on the subject for the interest of the future of Somalia.

The money transfer industry in Somalia is one of the most developed in the world, to the point that some call the Somali system revolutionary. 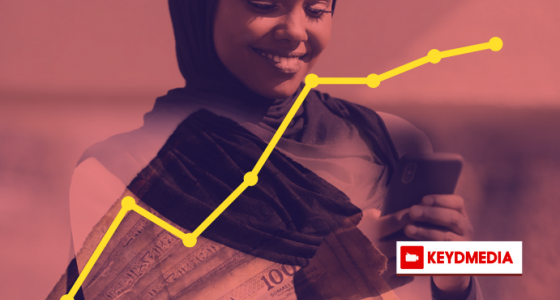 The money transfer industry in Somalia is one of the most developed in the world, to the point that some call the Somali system revolutionary.