Al-Shabaab carries out series of attacks in Kenya’s coast

The wall, which is known as the Kenya-Somalia border securitisation project is among others meant to secure the country from attacks by the Somalia-based al Shabaab terrorists. 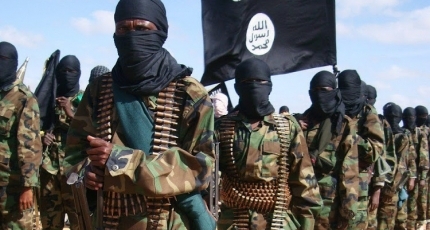 NAIROBI, Kenya - At least one Kenya Defence Forces (KDF) soldier was Friday, December 30 killed after a vehicle he was traveling in was hit by an explosive in Lamu County.

KDF said in a statement five troops were injured in the attack and one succumbed to the injuries. The team was on normal patrol in the area of Mlima Faru in Lamu when they drove over an improvised explosive device (IED).

It said those in critical conditions were airlifted for specialized treatment while others were attended to and are in stable condition.

"The entire KDF fraternity condoles with the family of our fallen hero and wishes (a) quick recovery to our injured soldiers," the KDF said.

This is the third incident to hit the area in barely a week, leaving five people killed and property destroyed amid rising attacks by suspected members of al-Shabaab in the coastal region in the recent past.

Members of the extremist group have tried to sow terror in Lamu, a tourism resort region, and other areas close to the Kenya-Somali border, with most attacks targeting security vehicles on patrol.

The attack comes barely a week after the suspected al-shabaab militants attacked a police vehicle between Hayley Lapsset camp and Garissa.

The police vehicle was heading to Garissa when it stepped on an improvised explosive device.

They then attacked again using a rocket-propelled grenade followed by heavy gunfire that led to the death of one civilian and two police officers.

The vehicle attached to Galmagalla Police Station, Bura East operating along the LAPSSET corridor was also set ablaze by the assailants.

Kenya began the construction of the 700-kilometre long wall in 2015 to stop the militants from crossing into and out of Kenya.

The wall, which is known as the Kenya-Somalia border securitisation project is among others meant to secure the country from attacks by the Somalia-based al Shabaab terrorists.

The project plan includes having designated immigration and custom entry points with a tall concrete wall fitted with CCTV cameras.

Trenches are also being constructed in the area.

The plan includes the creation of at least 22 border posts on the border with well-equipped personnel to respond to any form of aggression.

Officials say once complete, the teams will be spread 40 kilometres apart to enable quick response to attacks from militants.

The fence especially in Mandera and Lamu has helped reduce incidents of attacks by the militants who often crossed at will.

Research by government security agencies says 30 percent of the country’s security problems are traced to the porous Somalia border often penetrated by terrorists.