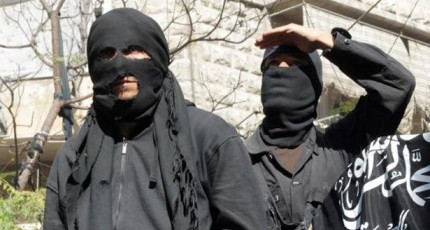 Gufran Ahmed Kauser Mohammed, 31, had pleaded not guilty in August when he was indicted, but changed his plea when he made an appearance before US District Judge Ursula Ungaro in Miami.

He will be sentenced on October 24 and faces up to 15 years in prison.

Mohammed was one of two men nabbed in the operation that saw an undercover FBI agent use an Internet chatroom to pretend to help finance Al-Qaeda and other militant groups in Syria and East Africa.

His co-defendant Mohamed Hussein Said, from Kenya, was charged with Mohammed in a 15-count indictment of conspiring to provide and attempting to provide material support to the three terror groups. Said had served as an intermediary between Mohammed and the Shebab.

Mohammed was arrested in August in Dammam, Saudi Arabia, where he was living with his wife and daughter.

According to the indictment, Mohammed made several transfers of funds to East Africa to help support Shebab fighters in Somalia, before making a transfer to the undercover agent, who was posing as a fundraiser, recruiter and supplier for Al-Nusra.

Mohammed and Said met in Saudi Arabia in May 2011 and Mohammed transferred more than $11,000 to Said from June to September that year, aiming to reach the Shebab.

Mohammed then made a transfer for about $10,000 from June to December 2012 that he thought would reach Al-Qaeda in Syria, but instead was pocketed by the undercover agent.

The two defendants had also declared their support for Al-Qaeda and Al-Nusra, including by recruiting and moving experienced Shebab militants to Syria, according to the US Justice Department.