The African Mission to Somalia (AMISOM), a peace keeping mission operated by the African Union would be leaving Somalia in 2016, according to the latest assessment by stakeholders.
News Keydmedia Online
20 August 2014 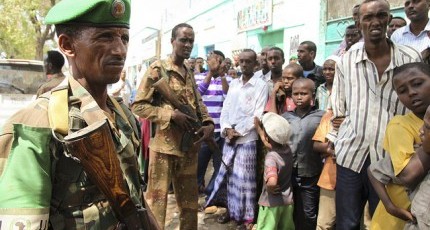 Lydia Wanyoto, the Acting Special Envoy of the African Union to Somalia and Eng. Sheik Sayid Ahmed Dahir, the Somalia ambassador to Uganda say that the roadmap of 2016 would be adhered to and that by that time the federal Government would have developed capacity to independently run the affairs of the war-torn state.

Sayid Ahmed said that Somalia is on the right path and thanked regional Governments, especially Uganda for ensuring that the conflict is subdued.

“Somalia will have no more conflict in the coming years; and with the help our friendly countries, we are now ready to take full control. We welcome the capacity building trainings that our partners are conducting and I urge our countrymen to enforce what they have studied for the betterment of our country,” he said.

According to Wanyoto, the process of Somalia becoming autonomous is almost achievable and that the only roadblock is the complete “flush out of Al-Shabaab” from the sea.

“Going by the current projections, we are almost certain that we shall see take off in 2016 and according to our roadmap, AMISOM would be leaving Somalia in 2016. The target is achievable. So, as we clean out Al-Shabaab, we have the mandate to build capacity and this is a process we have embarked on,” she said.

The two envoys were commenting on the AMISOM deployment in Somalia during the international humanitarian law training on Wednesday at Munyonyo Commonwealth Resort hotel yesterday where over 30 officers from Somalia National Army were equipped with techniques on how to handle civilians.

In 2013, the United Nation Security Council extended the mandate of AMISOM to 2016. In preparation to leave Somalia in 2016, Wanyoto said that AMISOM has embarked on the third phase of training the national army with modern professional army strategies, especially changing their mindset from conflict-occupied to be more mindful of the human rights.

These efforts are part of preparations for the 2016 general elections in Somalia. Uganda, Burundi, Djibouti, Sierra Leone, Kenya and Ethiopia are the AMISOM troop contributing countries.

However, before the training started yesterday the thirty Somalia soldiers staged a brief protest demanding the organizers of the training to sort out their challenges related to travel, accommodation and other allowances.

The soldiers briefly engaged the Somalia ambassador to Uganda in a two-hour closed meeting demanding that before he leaves the training, he should first sort out their demands.

Later, Wanyoto and Sheik Sayid Ahmed told New Vision that the soldiers had “administrative” problems that they wanted addressed urgently.

“There were administrative issues that we have resolved. Some faced challenges during their travel from Nairobi to Kampala. Their history is that of conflict, they are very sensitive people and dealing with them is not business as usual but we know how to handle them,” she said. 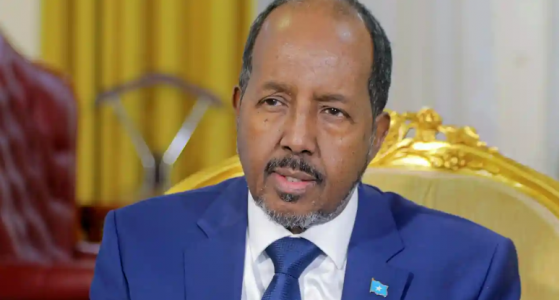