Ethiopia retracts a report from its state media that questioned Hassan’s “strong ties to the TPLF.”

The Ethiopian Ministry of Foreign Affairs, distanced Ethiopia from news coverage by "Etv World," one of the programs produced by the state-owned Ethiopian Broadcasting Corporate (EBC), in which Somalia’s president, was “criticized”. 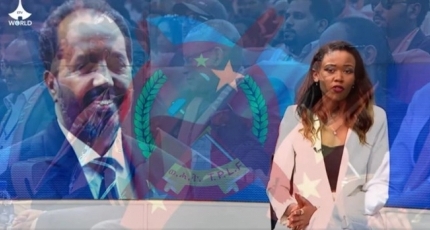 ADDIS ABABA, Ethiopia - The Ministry of Foreign Affairs of Ethiopia (MoFA) on Wednesday 07 August distanced Ethiopia from news coverage the previous day by “Etv World”, one of the programs under the banner of state-owned, Ethiopian Broadcasting Corporate (EBC), discussing challenges facing Somalia’s President, Hassan Sheikh Mohamud, in taking Somalia out of decades of conflict, calling for his resolve to fight the militant group Al-Shabaab along side Ethiopia, and taking the relationship between Ethiopia and Somalia “forward.”

Among some of the uncertainties discussed by the host as compounding Somalia’s challenges are President “Hassan Sheikh Mohamud’s strong relationship with Tigray People’s Liberation Front (TPLF) when the later were dominating power and politics in Ethiopia before 2018.”

The near 13 minutes program aired on “Etv World went on to explain that “Somalia has been experiencing one of the oldest civil wars in Africa. After decades of crisis, Somalia is still unstable and home to many armed actors.”

“The million-dollar question is, where is the role of local leaders in peacebuilding?” it questioned, further casting doubts if Somalia’s newly elected President Hassan Sheikh Mohamud “can change the course of Somalia’s history.” Can Sheikh Mohamud lead Somalia out of years of conflict and into the realm of peace? What challenges and opportunities lie ahead?

Halfway through the program, the host asserted – with no evidence presented – that the Tigray People’s Liberation Front (TPLF) leaders were working “to hijack Mahmoud’s administration against Ethiopia’s national interest”. Certain members of his administration may also derail earlier efforts to improve relations between the two countries. However, she added that “Ethiopia believes such a futile attempt from the terrorist TPLF group can not be welcomed by Hassan Sheikh Mohamud government – partly or fully.” But she cautioned that “if President Hassan’s administration fails to do so, it might spell disaster for Somalia making it a hub for another terrorist group on top of al Shabaab. It may also cost Hassan ‘s administration to lose one of its important allies in the Horn of Africa…”

The Ministry said the news program did not represent the foreign policy of the Ethiopian government.

“The Ministry of Foreign Affairs of the Federal Democratic Republic of Ethiopia has noted the inaccurate reporting in the “Etv WORLD” program about the Federal Republic of Somalia that was aired on Tuesday, September 6, 2022. The program’s content does not represent the policy of the Ethiopian government and is inconsistent with the relations between the two nations,” MoFA’s short statement reads. 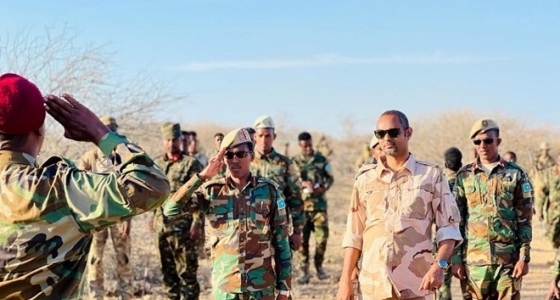