Finn aims to be first female president of Somalia

A Finn of Somali origin wants to run as a candidate in the Somali presidential election in 2016. Fadumo Dayib is currently studying public administration at Harvard, but she thinks that Somalia is now ready for a female president.
Warar Keydmedia Online
4 September 2014

Fadumo Dayib moved to Finland in the 1990s to escape the civil war in Somalia. She’s now studying at Harvard but planning to return to Somalia—and she thinks she can make quite an impact on the country.

”I want to be Somalia’s president because I believe women have a chance to lead Somalia,” said Dayib. ”Women lead the country economically, manage family budgets and are very visible in society, but they have been kept out of politics. Somalia is now ready for a female president.”

In addition to improving the position of women in Somali society, Dayib’s campaign themes are fighting youth unemployment, protecting minorities and improving education.

”It’s shocking that we have a younger generation that hasn’t experienced anything but war,” said Dayib. ”They can’t even imagine any other kind of future than war and destruction.”

Dayib will go to Somalia next year, when her campaign officially gets off the ground.

”There are Somalis and foreigners from all over the world in my campaign team,” said Dayib. ”Many of them have come voluntarily to support me, which means that they’re of the opinion that a woman can become president of Somalia.”

Dayib travels to Finland in December to discuss her plans with Somali communities based in Finland. She does not want her campaign to be clan-based, which has been the custom in previous Somali elections.

”In the past, clans have chosen Somalia’s president,” said Dayib. ”Now there’s a hope Somalia can have a democratic election. I hope that people will vote for candidates, not clans.”

Somali democrats hope the 2016 elections could be a watershed in the country’s politics. The ’Vision 2016’ conference hosted by incumbent president Hasan Sheikh Mohamud in 2013 urged Somali political parties to free themselves from clan affiliation, that the 2016 elections be free and fair, and that a new constitution be established before the vote.

That’s a tall order in a country like Somalia, where politicians are at constant risk of violent attacks.

”It’s very dangerous to be a politician or candidate in Somalia,” said Dayib. ”I’ve been warned many times that I could be killed if I run as a candidate.”

Dayib acknowledges that the risk of being killed is indeed high.

”But I’m not scared of dying,” said Dayib. ”We all have to go at some point. If I die because I am defending something that I strongly believe in, then that’s an honour.”

This story was edited on 4 September to correct Dayib’s area of study and her plans to meet Somali communities in Finland–and not the Somali Association, as originally stated. 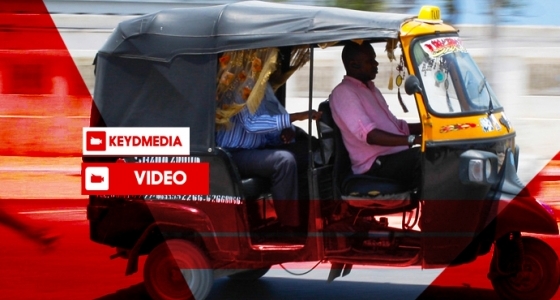