Galmudug forces backed by the Somali national army regained control of several areas in Mudug last Month during an operation against Al-Shabaab. 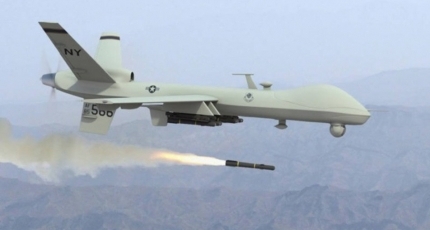 MOGADISHU, Somalia -  Galmudug state in central Somalia has reported a new airstrike against Al-Shabaab in the conflict-hit Mudug region on Sunday.

The drone raid becomes the 3rd in a month carried out in support of the Somali and regional forces conducting a ground operation against the Al-Qaeda-linked militant group in the country.

A statement from Galmudug's ministry of security confirmed that Sunday's airstrike took place in the Al-Shabaab-held area located between Harardhere and Qay'ad towns, targeting militants in a training camp.

Details of the casualties still remained sketchy as heavy fighting was ongoing in the area following the bombardment, according to the sources within Galmudug state.

Last month, US Africa Command [AFRICOM] launched two drone raids in the region as local partner troops making gains against Al-Shabaab in the southern Mudug region as they liberated Ba'adweyne, Amara, and Qay'ad.

On July 20, AFRICOM conducted an airstrike targeting al-Shabab fighters, the first under Biden. The strike supported the partner Somali forces who came under attack in the vicinity of Qay'ad by Al-Shabaab.

Three days later, a second airstrike happened in the same region, becoming the third drone attack in Somalia within a month. This comes as the Pentagon plans to send American troops back to the counter-terrorism operations in the Horn of Africa.

Most US soldiers have left the country in January shortly before Trump left the White House and were re-positioned to Kenya and Djibouti where AFRICOM has bases. US military carried out 10 airstrikes this year, 53 last year, and 63 in 2019.