The Food and Agriculture Organization of the United Nations (FAO) said Thursday it urgently requires 131.4 million U.S. dollars to increase immediate food access in rural areas in Somalia amid the risk of famine. 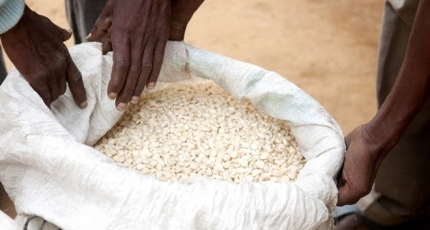 "The risk of famine is growing every day, but with an urgent injection of humanitarian funding from the international community there is still time to avert a catastrophe," Peterschmitt said in a statement issued in Mogadishu, the capital of Somalia.

The UN food agency said in partnership with the government and other implementing partners it has reached almost 11 million livestock with supportive emergency treatment services belonging to around 275,000 rural families in Somalia.

The treatments administered are intended to protect livestock from common drought-related diseases that can be lethal to an animal already weakened by drought.

It said the campaign comes at a time when the country faces a humanitarian emergency due to extreme drought.

The campaign, which is being implemented through local government partners, targeted drought-affected households, with the goal to maintain productive assets that are critical for the food security and nutrition of vulnerable families, especially those with young children.

"We have seen drought-related livestock disease in pastoral areas, and this directly impacts their ability to cope with these climate shocks," said FAO's livestock coordinator, Khalid Saeed.

More than 750,000 people have fled their homes in search of assistance, and rural communities have been the hardest hit as water and pasture dried up and livestock perished, FAO said.

FAO's Food Security Nutrition and Analysis Unit (FSNAU) estimated that some rural households in the most drought-affected areas had lost up to 30 percent of their animals to drought as of February.

For families that lose their livestock, their children risk acute malnutrition or even worse outcomes if they don't receive help soon enough.