Notorious NISA official accused of having role in soldier’s murder

His family demanded justice as the murder has sparked outrage. 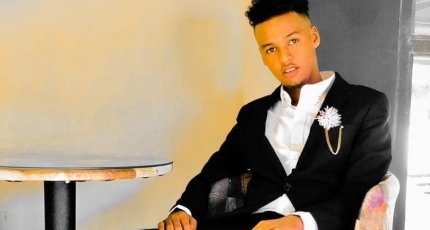 MOGADISHU, Somalia -- The former Deputy-chief of NISA, Gen. Abdalla Abdalla has accused Abdullahi Adan Kulane alias (Kulane Jiis) of plotting the murder of a soldier who took part in the rejection of the extension term of Farmajo and sided with the opposition troops.

Kulane Jiis is a top NISA officer and close relative of Farmajo. He is also a right-hand man of Fahad Yasin, the head of Somalia's Intelligence Agency [NISA].

The soldier named Mohamed Muktar was found dead inside a landfill in the vicinity of General Kahie Camp in the capital Mogadishu.

Abdalla said, however, that the outgoing leader, Mohamed Abdullahi Farmaajo must be aware of the perpetrators behind the murder precisely mentioning Kulane Jiis who he accused of ordering the plot calling a villain that took the life of the soldier.

“He is notoriously known to assassinate who goes against him; we have seen on many occasions soldiers killed and thrown their bodies in rubbish,” he said.

According to sources exclusively obtained by KON, the family of the deceased received a phone call from a certain chief of Dufan Unit who is highly trained in shooting the criminals and that the killing of Muktar was deliberate assassination over his defection to the opposition troops and pledging his support to the former defected Chief of Banadir Police Commission, Sadak John.

His family demanded justice as the murder has sparked outrage.