OIC appeals to its members to assist Somalia

The Organization of Islamic Cooperation (OIC) has made urgent appeal to its Member States and the international organizations to provide urgent assistance to Somalia.
News Keydmedia Online
29 August 2014 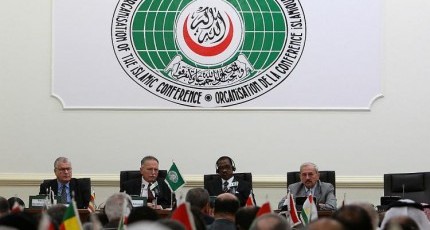 This is in light of the difficult humanitarian situation in the country which threatens another wave of famine that may affect hundreds of thousands of people in the war torn horn of Africa state.

According to the OIC Humanitarian Coordination Office in Somali capital Mogadishu more than 1 million people including 75,000 children are suffering from serious malnutrition.

The OIC stated that depletion of various water sources has led to the critical condition in the country which is slowly recovering from two decades of civil war.

Delayed rains have impacted on the agricultural production regions and livestock raising food prices to unprecedented levels, The Federal Somali government has earlier declared a state of emergency to address humanitarian crisis.

The OIC has called upon its Member States, civil society organizations and international humanitarian relief organizations to act swiftly to contain the looming crisis to prevent another calamity.

Between July 2011 and mid-2012, a severe drought the worst in 60 years affected Somalia which caused severe food crisis and claimed hundreds of lives especially women and children.