London (KON) - British receptionist was allegedly called a “black slave” and hit by a senior official at the Qatari Embassy in London in a sustained campaign of racial bullying.
News Keydmedia Online
27 June 2014 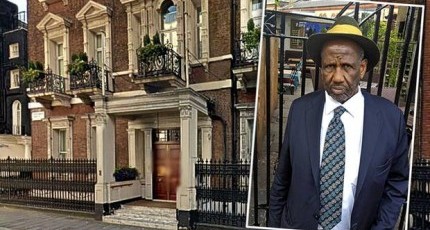 Mohamoud Ahmed, 73, was employed at the gas-rich Gulf state’s embassy in Mayfair for almost 20 years and also acted as a security guard.

Somali-born Mr Ahmed, who has lived in the UK for more than 40 years and is a British citizen, claims he  was referred to in Arabic as a “donkey” and a “dog” by the head of the embassy’s medical department Abdullah Al-Ansari.

Mr Ahmed, from Kensington, claims unfair and wrongful dismissal, race and age discrimination at a Central London employment court. All his claims are denied by the Qatari embassy and Mr Al–Ansari.

The tribunal judge has stayed the case until later this year when a decision will be made by the Court of Appeal in test cases over whether embassies can properly claim diplomatic immunity against such actions. Fatima Benkharbouche, a cook at the Sudanese embassy, and Minah Janah, a nanny at the Libyan embassy, are due to find out later this year if they have the right to sue for alleged employee abuses.

Mr Ahmed claims he enjoyed good working relationships with five previous medical attachés at the Qatari embassy before Mr Al-Ansari’s appointment and that his workload increased significantly after his arrival, when he was expected to be on call 24 hours a day and at weekends.

The father of nine claims he was subjected to verbal abuse by Mr Al-Ansari who called him demeaning names in Arabic — the worst of which, “Abd”, can be used to mean “black slave”.

In papers submitted by his lawyers, Mr Ahmed also claims he was assaulted on two occasions and now has severe pain in his left shoulder and may require surgery.

The embassy and Mr Al–Ansari say they are shocked by the claims and that they enjoyed a good working relationship with Mr Ahmed.

Mr Ahmed’s lawyer, Audrey Onwukwe, of Levenes Employment solicitors, said: “I do think it wrong that people employed in a foreign embassy in this country do not have the same legal protections that other employees have.”

A spokeswoman for HM Courts and Tribunals Service said: “The hearing at a Central London Employment court is still ongoing. The jurisdictions of this case are race discrimination, unfair dismissal and age discrimination.

“I can confirm that the case has been stayed pending the outcome of a High Court case.”