With the assistance of local populations, the government announced that the Somali National Army (SNA) forces would continue their offensive operations to root out militants throughout the nation. 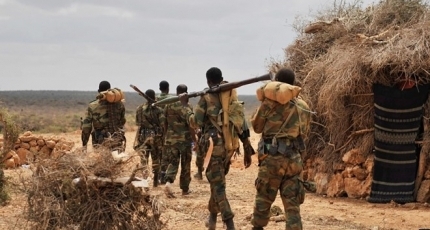 MOGADISHU, Somalia - The Somali government on Thursday called on al-Shabab militants to surrender to the security forces to avoid being killed and vowed to step up offensives against them.

The Ministry of Information, Culture and Tourism said in a statement issued in Mogadishu, the capital of Somalia, that the militants who denounce extremism will be assisted to rehabilitate and rejoin members of the public.

The ministry said the Somali National Army (SNA) troops will continue the offensive operations to hunt down the militants across the country with the support of local communities.

Early this week, President Hassan Sheikh Mohamud called on citizens to stay away from areas controlled by the militants ahead of major offensives against the al-Qaida-allied terror group.

Mohamud said the militant group will be confronted on all fronts, noting that they will be subjected to airborne attacks including raids in a bid to weaken its presence in Somalia.

The extremist group still controls some parts of rural southern and central Somalia and continues to carry out high-profile attacks in Mogadishu and elsewhere.

The allied forces, however, have intensified military operations into territory formerly controlled by al-Shabab after driving the insurgents out of Mogadishu in 2011