Al-Shabaab is facing the biggest defeat since is began the insurgency in Somalia in 2008. 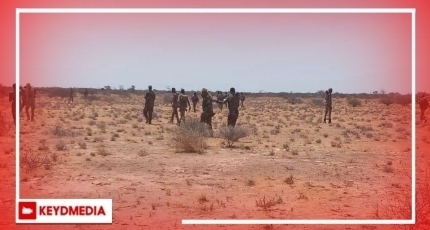 GALCAD, Somalia - The government forces along with community fighters are advancing on a town under the control of Al-Shabaab after the group was driven out from main bases in central Somalia.

According to militarysources, the troops are on the verge of Eldheer district and the areas of Galcad and Masagaway near Elbur, Al-Shabaab's biggest stronghold in Galgaduud region that has been one of the targets of the government.

Recently, the government announced that Al-Shabaab was removed from entire Middle Shabelle and its troops are heading towards the liberation of Galgaduud region.

According to military sources, Al-Shabaab has vacated several villages under Eldheer ahead of imminent army offensive.

The liberated areas, include Adan Yabaal, the ground headquarters in Middle Shabelle region which it used as staging and tax base for 15 years.