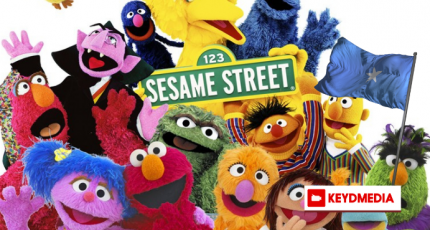 Under an agreement between VOA and Sesame Workshop, the nonprofit education organization behind Sesame Street, Sesame Sheeko Sheeko will now reach audiences on VOA platforms with critical early education for young children and their families.

The Sesame Sheeko Sheeko radio programs will be delivered weekly through existing VOA FM stations throughout Somalia and Djibouti, as well as stations in the Kakuma and Dadaab refugee camps in Kenya. This initiative underscores VOA’s continued commitment to refugee populations in Africa and elsewhere around the globe.

In 2020, VOA launched a new FM station (99.9 MHz) in Kakuma, Kenya, site of one of the world’s oldest refugee camps. This FM frequency provides both refugees and the local host community with news, music, and educational content in English, Swahili, and Somali. VOA also launched a new FM station (106.7 MHz) for the Dadaab refugee complex near Kenya’s border with Somalia, offering local residents and refugees a mix of VOA English and Somali language content.

“This new licensing agreement is another example of VOA’s commitment to reaching at-risk and refugee populations in the regions where we broadcast,” said Acting VOA Director Yolanda Lόpez. “In many of these regions, VOA serves as a critical lifeline for individuals that don’t have access to other reliable media resources.”

VOA produces content in many languages spoken by forcibly displaced persons. Initiatives like the Sesame Workshop agreement, the transmitter projects, and radio distribution campaigns, as well as innovative techniques and partnerships to reach refugee populations, broaden the potential audience of existing VOA content to audiences with few other news and information options.