The country's last universal suffrage or one person, one vote election took place in 1969. 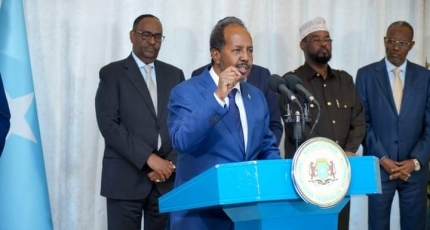 The president of Somalia Hassan Sheikh convened the meeting which brought together leaders of the regional states, the prime minister and Mogadishu mayor.

The communique said the political elite agreed to hold a democratic election in the country at both Federal and regional levels by 2026.

This if happens will be the first election that citizens cast their votes in the ballot boxes since 1969.

Somalia used the clan-based system known as 4.5 since 2000 for the elections in which clan delegates choose their MPs who then pick a president in indirect ballot.

Mr. Swan also noted that some of the country’s critical priorities include finishing the constitutional review process and addressing urgent needs for improved development, security, and the current drought.