Al-Shabab was blamed on the attack which is the deadliest terror incident in the history of Somalia. 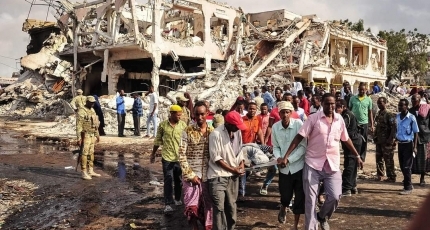 MOGADISHU, Somalia - On the five-year anniversary of the 14th October bombings in Mogadishu, which killed over 500 people, two survivors speak about that day and life after the attack.

On one of the busiest thoroughfares of Mogadishu, time stopped five years ago.

The 14th October attack killed at least 587 people at the former Soobe Junction which was renamed after the date on which the tragic incident occurred.

If most of the buildings have been rebuilt and normal traffic seems to have returned, invisible effects remain like the trauma survivors or witnesses have to live with.

“It is a painful memory”, Hassan Abdullahi Ga’al confesses.

“I saw with my own eyes many dead bodies scattered on the ground, they used to work around here, the Sobe junction, some of them were obliterated forever, others were only identified by their remains and bones, that day was shocking for me.”

The attack ranks among the deadliest ever terrorist bombing in Africa involving the use of improvised explosive devices (IEDs). No one claimed responsibility for the horrific attack, but the government blamed it on the militant group al-Shabab.

Hundreds like Bile Adam Farah were injured in the blast.

In February 2018, a Somali military court convicted 23-year-old Hassan Adan Isak for leading the al-Shabab unit said to have carried out the attack.

He was executed that October.

Another man was sentenced to death in absentia for being a member of the Al-Qaeda affiliated group and providing the conted with the vehicle used in the attack.

A third one was given three years in jail for allowing the truck to pass freely through a roadblock.

The Somali armed forces, backed by local militias and international allies, have waged a campaign against the al-Qaeda-linked group which still controls swaths of the countryside.

According to records compiled by the Armed Conflict, Location and Event Data Project group and published in 2020, it is estimated that over 4,000 civilians have been killed in al-Shabab attacks across Somalia, Kenya, Uganda and Djibouti since 2010. 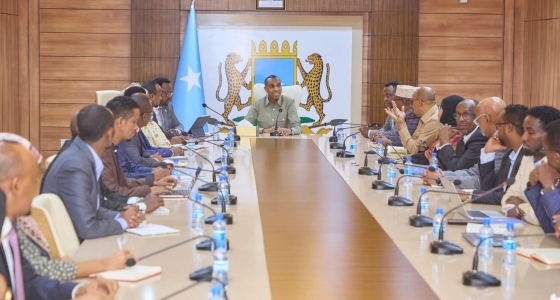