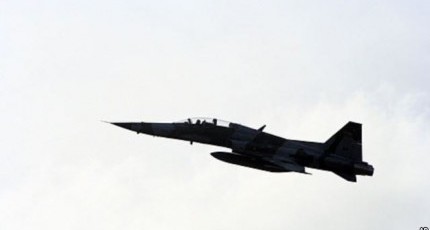 At least three civilians were killed when two Kenyan fighter jets bombarded Fafah-dhun and El Adde areas near Garbaharey, the regional capital of Gedo, where The Al Qaeda-linked militant group of Al shabab has no bases, according to an official who spoke with KON.

Reports say many of those killed were civilians, including several children whose houses at  an urban area, were hit by bombs fired from the Kenyan military jets.

Kenya did say a word on the latest aerial attacks in the border regions of Somalia, where its troops are currently operating, after joining the UN-mandated African Union mission to Somalia (AMISOM) to flash ou Al shabab from their strongholds.

On the other hand, Somali army, along with the moderate group of Ahlu Sunna fighters have on Sunday wrested control of two key areas from Al shabab group following an offensive in Gedo region, killing at least 4 militants.

The allied troops rolled into Rays qore, Buraa and Tuulo Barwaaqo areas, all located 18Km away from Garbaharey city after encounterting a deadly gun battle with the rebels for an hour-long. The situation has returned to normalcy and businesses are now on the run, residents confirmed.