Somalia’s al Qaeda franchise has gotten “bigger, stronger, and bolder” since the small U.S. military footprint of 750 troops was ordered out of the country by then-U.S. President Donald Trump in late 2020, the Pentagon’s top military official for Africa said on Wednesday. 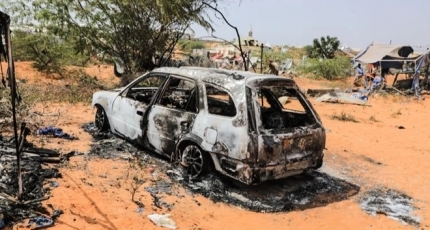 U.S. Africa Command chief Gen. Stephen Townsend told reporters at the command’s headquarters in Stuttgart, Germany, that the terrorist group al-Shabab had taken advantage of Somalia’s political dysfunction after the U.S. withdrawal to regroup and improve its capability to strike within the Horn of Africa region and overrun African nations’ forward operating bases. Now, after U.S. President Joe Biden’s decision to send troops back, which U.S. officials have described as a move to keep a consistent presence in the country to tamp down on the rising terrorist threat, the United States is making preparations to send just under 500 troops to try to reverse the tide.

But al-Shabab’s ability to conduct complex attacks has grown due to the Trump-era hiatus, U.S. military officials believe. In early May, the terrorist group overran an African Union forward operating base in Somalia about 100 miles from the capital of Mogadishu, killing up to an estimated 30 peacekeepers in a tense firefight. And the group stepped up attacks ahead of this month’s elections—including a suicide bombing near the capital city’s airport that killed at least four people and wounded seven.

“In the last 16 months, since we concluded the repositioning out of Somalia, al-Shabab has gotten bigger, stronger, and bolder,” Townsend told Foreign Policy and another traveling reporter in an interview at Africom’s headquarters at Kelley Barracks in Stuttgart. “And we have seen them in recent months conduct attacks that they have not had the capacity to do in the last three years that I’ve been here.”

The lack of a U.S. presence on the ground has impacted Somali troops, too, despite the presence of an AU peacekeeping mission in the country. While Townsend wouldn’t say that Somalia’s military had become “less capable,” the U.S. general said the model of training needs on-the-ground partners to work.

“They haven’t moved forward. They need partnership to move forward,” Townsend said. “We’ve been commuting to work, and it’s less efficient and less effective.” U.S. troops left about a year after al-Shabab launched a complex attack on the Manda Bay Airfield in Kenya in January 2020, killing three Americans. The group’s attacks increased by nearly 30 percent after Trump’s withdrawal, according to one tally.

Despite the uptick in attacks from the terrorist group, Townsend said al-Shabab’s inability to disrupt Somalia’s elections in May was a “bright spot.” Townsend recently met with newly elected Somali President​​Hassan Sheikh Mohamud, who defeated the incumbent president in a parliamentary vote, ending a political crisis that had ensnared the country for over a year.

But al-Shabab, which Townsend called the “largest, wealthiest, and most lethally active arm of al Qaeda,” continues to reiterate that it desires to attack the U.S. homeland. The Pentagon does not believe that al-Shabab has the capabilities to match its ambitions just yet, but it has the ability to strike in the Horn of Africa, killing almost 150 people in an attack on Kenya’s Garissa University in 2015 and staging a truck bombing in Mogadishu in 2017 that took almost 600 lives.

In early May, the group released a video calling for lone-wolf attacks in the United States and jihad against Americans and Westerners globally. “That’s only a couple of weeks ago,” Townsend said. “So clearly they have the intent, and they’re saying it loudly and publicly, and we should pay attention.”

Townsend said that in 2019, the United States uncovered a plot where al-Shabab was more than two years into training two commercial pilots for possible attacks inside the United States. And in the aftermath of the probe, Townsend, who retires soon, is left with more questions about al-Shabab’s efforts.

“I’m wondering, one, did we disrupt the entire plot? Were there more than the two pilots we discovered?” he said. “And two, what other plots have been out there for two and a half years that we don’t know about?” 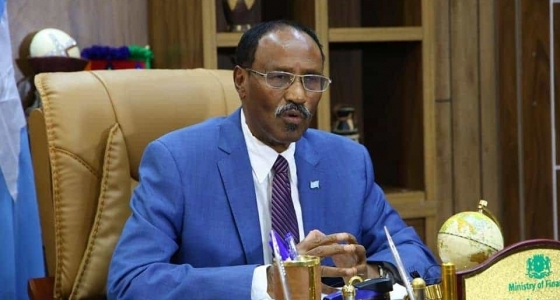