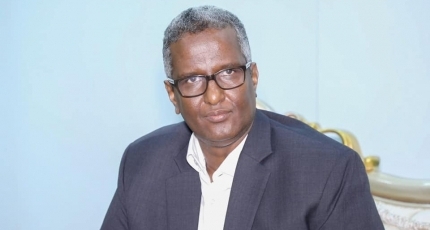 MOGADISHU, Somalia - The leader of Wadajir Party, Abdirahman Abdishakur Warsame who is a fierce critic of Farmajo has called to prioritize the minimization of power when it comes to decison making and reaching fateful determination in the government institutions in the upcoming conference.

Abdirahman who is an opposition candidate has voiced great concern over the harmful pacts that might be engaged in for the individual interest of one man.

“To curb the power of policy-making and reaching hazardous decisions will save the nation from unwanted and unintended consequences in the future,” he said.

His remarks follow the unexpected immediate declaration of restoring the ties the country has with the neighboring Kenya.

With distrust and doubt surrounded that decison, yet its not officially disclosed to the public what the countries had agreed upon — and instead solely believed to have driven by Qatar in its own interest.

Delegates from Qatar landed in DRC last month followed by an invitation from President, Felix Tshisekedi to the outgoing leader, Mohamed Abdullahi Farmaajo and his counterpart, Uhuru Kenyatta who reached in Kinshasa in an interval of a day.

The pact is tought to be more than to side with Farmaajo in his struggle to win the election and rather the exploitation of Somalia’s territorial waters.