Telephone service to Afmadow cut off, business returns to normal

KISMAYU, Somalia (Keydmedia) – The telecommunication services in Afmadow town, south Somalia is reportedly cut off on Friday as a result of the latest fighting and shells in the town which was a stronghold of Al shabab for the past three years, Keydmedia reports.
News Keydmedia Online
1 June 2012 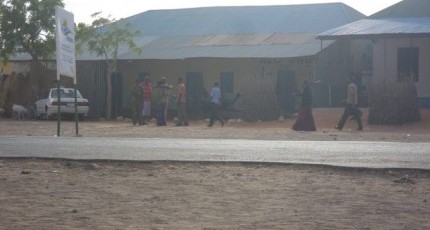 Residents in Afmadow town told Keydmedia Somali by phone that all telephone companies in the area were ordered on Thursday to switch off by the coalition forces during yesterday’s fighting for the control of the town.

In an attempt to know further issue, Keydmedia Somali News correspondent in the region got in touch with Somali military officials in Afmadow town and they confirmed that the move was meant for security reasons.

On the other hand, the business Transportation activities of the town have returned into normal after the town fell to Somali and Kenyan army on Thursday afternoon, according to some locals who spoke with Keydmedia Somali News.

In October Kenya’s army claimed to be at the point of taking Afmadow but, bogged down by rains and heavy resistance, the troops had since remained stalled outside the town. The city which is just about 100 KM south of the rebel-held port town of Kismayu completely fallen now.