The election deal shown the very oddness of Farmaajo - MP

“What we have seen over the past years is total denial and lack of leadership that Farmaajo has wasted beyond his term,” he said. 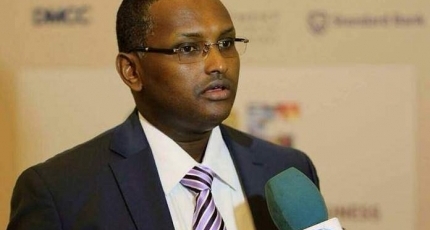 MOGADISHU, Somalia - The agreement has differentiated the goodness of Rooble and the badness of Farmajo, said Mahad Salad who is a lawmaker in the Lower House chamber of the Federal parliament.

He said that the election conference has distinguished the personalities of one who owed much to his people; and another who disregarded his reputation and fame in front of the very eyes of everyone.

The outspoken critic of the outgoing leader, Farmajo highlighted that what held him back in several months did not take much time from the caretaker Somali PM, Mohamed Hussein Rooble to effectively engage in the discussion to take the country to the path of inclusive elections.

“We genuinely witnessed the death of spoiler who created unrest and the birth of great transformative leader,” he said following the agreement signed unanimously by the sides spearheaded by the acting PM.

His futile policy based on greediness, extension, and misleading the nation has taken a toll on the country’s future, according to Mahad saying the citizens had had enough of his broken promises, and neither will they ever have faith in him again?

“What we have seen over the past years in total denial and lack of leadership that Farmaajo has wasted beyond his term,” he said.

He thanked Rooble for his serious engagement in the process that eventually yielded meaningful fruits and anyone who worked alongside him calling their efforts the turning point of new Somalia saved from the collapse.

The outgoing leader has finally understood that what he was told by his close vigilantes is no longer in place in real life and that the fate of Somalia is counted on.