Mogadishu (AFP) - African Union forces claimed to have liberated a former Shebab stronghold in Somalia on Saturday as part of a joint offensive with government troops aimed at capturing key ports from the Islamist fighters.
News Keydmedia Online
30 August 2014 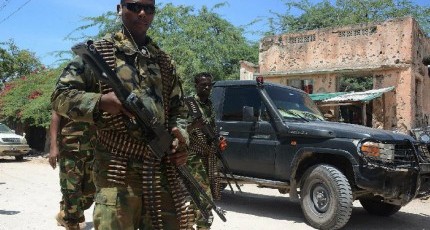 The AU mission in Somalia (AMISOM) said it had captured the town of Bulomarer, some 160 kilometres (100 miles) southwest of the capital Mogadishu.

The town was the scene of an attempted raid by French commandos in January 2013 to free a secret agent being held hostage.

The bid failed and resulted in the death of two French soldiers and the hostage.

The new offensive is aimed at capturing key ports from the extremist group in an effort to cut off one of its main revenue sources.