Two speakers will not be tolerable, says Somali president 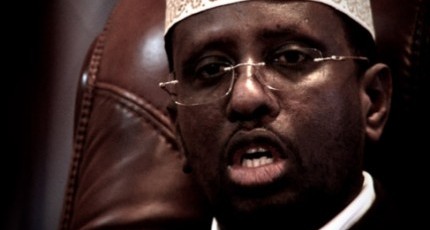 “We are sorry for failing the culmination of this parliament infighting that has undermined our hard work towards getting a democratic and permanent Somali government after next august. Somalis failed to endure further fist fighting of MPs with chairs and sticks. I’m sure this kind of parliament can’t pass the new draft constitution,” said Somali president.

Sheik Sharif, TFG president has also set up a new committee for choosing new parliamentarians in the next parliament and the constitutional passing process, marred by failures, setbacks. Certain MPs have expressed caution on the draft constitution, saying the much-funded papers do not tell the exact criteria for the new president as a Muslim-born and also as pure citizen.

“One of Somalia government key benchmarks was the completion of a draft constitution by April 20 this year,” Mr. Ahmed said during a ceremonial dinner with Ala-Sheik group at Villa Somalia, the state house of Somalia.

Analysts say President Sheik Sharif Ahmed has failed to deliver on the hope he would be able to unite some of the country’s warring factions and establish a greater degree of central power following his election in January 2009.