The U.N. special envoy for Somalia reported "significant progress" Thursday in implementing an agreement between the federal government and regional states aimed at holding long-delayed national elections but said greater efforts are needed to ensure electoral security in light of the ongoing threat from the al-Shabab extremist group. 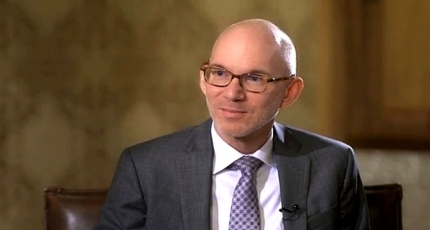 MOGADISHU - James Swan told the U.N. Security Council that following the May 27 agreement Prime Minister Husein Roble "has demonstrated strong leadership and initiative in moving the process forward" and has been holding regular meetings with leaders of the regional states on key issues.

There had been growing pressure on Somalia´s President Mohamed Abdullahi Mohamed after scheduled elections on Feb. 8 failed to take place because of the lack of agreement on how the vote should be carried out. Two regional states said they would not take part without a deal.

Talks between the federal government and regional leaders that began in March broke down in early April. At the president´s request, the lower house of parliament then adopted a special law that extended the terms of current office holders for two years and abandoned a Sept. 17, 2020, agreement on indirect elections, reverting instead to a one-person, one-vote model.

Those decisions sparked widespread opposition, leading to the mobilization of militias, exposing divisions within Somali security forces, and resulting in violent clashes on April 25.

Afer the clashes, President Mohamed on May 1 asked the lower house of parliament to reverse its actions that included extending his mandate for two years.

He asked lawmakers to back the agreement the federal government reached with regional states last Sept. 17 on a way forward for the vote, and he asked prime minister Roble to lead the election preparations and the related security measures. This led to the May 27 agreement on holding indirect elections this year.

Swan told the council that "following a prolonged period of uncertainty and heightened tensions, the long-awaited elections in Somalia are now moving forward, albeit somewhat behind schedule."

"Ensuring that this process continues to advance, and is inclusive and credible, will need constant effort by all parties involved, and continued leadership by the signatories of the May 27 agreement," he said.

Swan said federal and state election management bodies have been established and the elections for seats in the upper house of Parliament have begun in four states. Meetings have taken place to prepare for elections in Gedo, and the prime minister has appointed an Advocacy Committee to attain the 30% quota of women in the 2021 federal elections, he said.

The U.N. special representative said he is "particularly concerned that unless strong measures are put in place now, the women´s quota might not be achieved."

Three decades of chaos, from warlords to al-Qaida affiliate al-Shabab and the emergence of an Islamic State-linked group, have ripped apart the country that only in the past few years had begun to find its footing.

Swan said "preparations for election security are key" due to al-Shabab´s "terrorist attacks and insurgent operations, including by encircling communities, especially so in Southwest State."

So far this year, he said, the U.N. political mission in Somalia has recorded reports of 321 civilians killed, mostly attributed to al-Shabab.

"There are also alarming increases in sexual violence and violations against children being recorded and these remain a priority area of concern for the United Nations," Swan said.

Ambassador Francisco Madeira, the African Union chair´s special representative for Somalia, told the council in a video briefing the AU "remains committed to contributing to the strengthening of the capacity of Somalia security institutions" which it views as "the only way for Somalia to sustainably take control of security of its own country."