The group faced defeats in the battlefields after Somali army backed by local armed clan militia made gains in Hiran region. 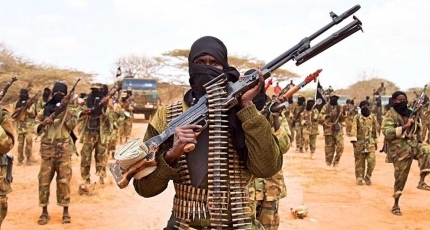 MAHAS, Somalia - The war between an Al-Qaeda-affiliated Al-Shabaab militants and armed residents continues in different parts of central Somalia.

The latest confrontation broke out in Eley, a small village located approximately 30 kilometres east of Mahas district in Hiran region.

The fierce battle began after Al-Shabaab abducted prominent clan elders from the area and took them to a nearby militant stronghold, according to the villagers.

The militants face a new front as government backed and mobilized residents took arms following series of attacks on waterwells and burnt down their villages in Hiran and Galgaduud regions in Central Somalia.

Early this month, Al-Shabaab killed at least 25 civilians in an ambush attack on a food convoy travelling from Beledweyne to Mahas within Hiran province.

The government called on residents to defend themselves from Al-Shabaab and pledged support in the fight against the ground.