The interior ministry recorded all traditional elders assassinated by the militant group fighting to topple the western-backed Somali government. 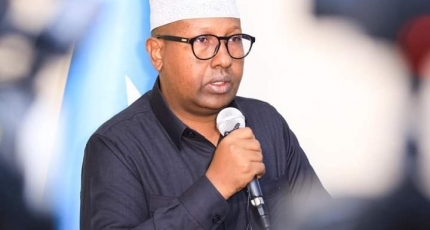 MOGADISHU, Somalia - The minister of interior for the Federal Government of Somalia Ahmed Moalim Fiqi released on Wednesday the number of the elders killed by Al-Shabaab for the past 10 years.

Fiqi made announcement during a meeting with respected elders at his office in Mogadishu. He called for a unified front against the Al-Qaeda-linked group.

The minister said the dead include 29 elders part of government-registered traditional elders who selected the electoral delegates voted for the MPs.

He stated that the government is preparing for an all-out war against Al-Shabaab, urging the elders to take the arms and defend their country.

Al-Shabaab threatened all elders involved in the elections with death. It killed so far 324 and still continues to hunt them in Mogadishu and elsewhere in Somalia.