Alarm as 20 girls subjected to FGM in single Somalia town

On Friday, Mr. Ojuolape said FGM should be condemned because “it causes irreparable physical and psychological harm to women and girls”. 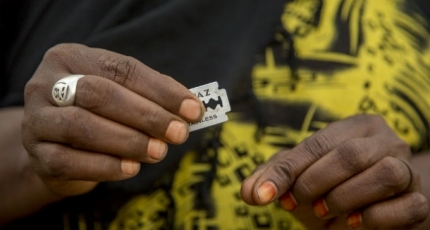 The incident this week came amid strong campaigns by government officials to educate parents to end one of the most prevalent but dangerous rites of passage in Somalia.

UNFPA’s Somalia Representative Niyi Ojuolape on Friday condemned the incident which he said had subjected the girls to injury and heavy bleeding.

“All the victims are too young to give their informed consent. This is a shocking and deeply disturbing incident that violates the rights of these young girls and should have no place in society,” the UNFPA representative said in a statement released on Friday.

In Somalia, the UNFPA gives grim figures on FGM, indicating that as many as nine in ten women have undergone some form of FGM. And despite the practice having devastating health ramifications for women and girls, including pain, bleeding, possibly a permanent disability, or death, cultural barriers have mostly stood in the way of ending it.

These days though, public policymakers and politicians have publicly spoken against it, a significant improvement from the days when discussing the subject was taboo. The country has not yet passed a law to ban FGM but has been working with UN agencies to spread awareness of the dangers of the practice.

Earlier this year, the UNFPA launched a campaign known as ‘Dear Daughter’, encouraging parents to individually pledge in open letters to protect their daughters from any harmful cultural practices including FGM. The campaign was suitable especially since most of the parents had undergone the practice while still young but admitted to experiencing the problems of FGM even in their later lives.

UNFPA says the campaign teaches parents and societies in general how FGM is a human rights violation issue as it is a form of gender-based violence that exposes children to danger.

On Friday, Mr. Ojuolape said FGM should be condemned because “it causes irreparable physical and psychological harm to women and girls”.

FGM is the partial or total removal of the female genitalia.

“Sadly, the drought and the humanitarian crisis have increased the risk that Somali girls face as a result of this practice,” he said.

“I stand in solidarity with the young girls who were affected by this incident and condemn this act of violence. I also want to assure the Somali people that UNFPA has taken immediate note of this situation and is working closely with the government of the Jubbaland State of Somalia as well as like-minded partners to address it.”

Somalia’s prevalent FGM is only one form of threat targeting women and girls. A three-year drought has meant that more people need emergency health and food support. A situational report by the UN Children’s agency, UNICEF, said early this month that at least 6.7 million children were in danger of starvation with at least 1.5 million children likely to be malnourished by Christmas Day this year. More than one million people have been displaced, most of who are women and children, due to drought.

So far, UN agencies working in concert with local authorities say they have supplied some 1.1 million children and women with essential healthcare services, against the initial target of 1.3 million. Reaching these groups is also often affected by the security situation on the ground as Al-Shabaab militants have often blockaded certain parts of the country where drought is also biting.

As FGM is largely a man-made problem, UNFPA is calling on Somali authorities to punish perpetrators of the practice.

“I call on the government to take all necessary measures to ensure that those responsible for this incident are held accountable, to serve as a deterrence to others, and to protect the rights of women and girls.

“I also urge the federal government and the international community to take swift and proactive measures to help eradicate the practice of female genital mutilation,” said the UNFPA Somalia country representative.