The battle comes ahead of the Lower House election in the central Somali city, which has been under Galmudug control for nearly two years. 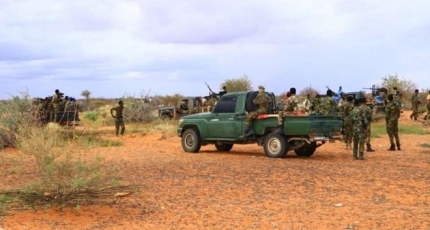 MOGADISHU, Somalia - Heavy fighting between Galmudug forces and Ahlu Sunna fighters broke out on the outskirts of Dhusamareb, the capital of the central Galgadud region Thursday.

Ahlu Sunna Waljama'a (ASWJ), a paramilitary group consisting of moderate Sufis has been mobilizing forces in and around Guri'el for the past two weeks since the return of their leaders.

The combat took place in the Bohol village, about 35km north of Dhusamareb, and both sides used heavy weapons, which could be heard in the Galmudug capital and surrounding areas.

Abdirahman Abdishakur Warsame, an influential presidential candidate voiced alarm over the conflict and called for an immediate end, says "Galmudug's enemy is Al-Shabaab".

"Any fight against any group other than Al-Shabaab is indirect support to the terrorists and a diversion from the elections," said the opposition in a statement released on Thursday.

Residents confirmed that at least 10 people were killed and 20 more others wounded in the clashes that stopped on Thursday afternoon, but both sides are getting reinforcements.