At least six dead in heavy inter-clan fighting in Somalia

The fighting between the two clan militias is based on a land dispute in the area, and six people have been confirmed dead and 10 others wounded, according to Doloe district administration officials. 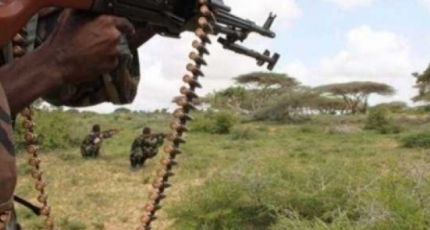 The combat which has resulted from a dispute over the ownership of a slum in the area left at least six people dead and 10 others wounded, according to Dolow district officials.

Speaking to VOA Somali Service, the minister called on the warring parties to cease hostilities and asked the Somali government forces to intervene in the battle before it goes out of hand.

This is the worst clan clashes in Gedo in years and could ignite the conflict in the region as the country heads to its parliamentary and presidential elections due to begin this month.