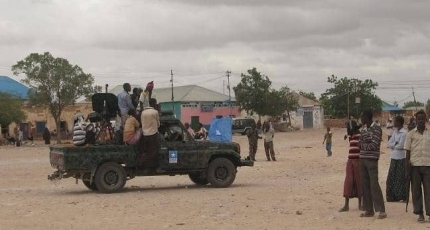 DHUSAMAREB, Somalia - An armed group has carried out an attack in Dhusamareb, the capital of Galmudug, killing three people and wounding two others on Friday night, police said.

Capt Salad Hassan, a senior Somali police officer confirmed to Keydmedia Online's Somali Service that the gunmen opened fire on innocent civilians at a tea shop in the city center and then fled the scene before the arrival of the local security forces.

The dead included a prominent businessman named Omar Nur Olow and two other youths, while those injured in the attack were taken to hospital for medical treatment.

A spokesman for the city's administration said security forces began chasing the perpetrators and vowed they will be brought to justice as soon as possible.

It is yet unknown the motive behind the targeted murder but it comes amid a surge in clan revenge-related killings in the central region for the past few months.