There is no immediate claim for the attack, though the al-Qaida-linked militant group of al-Shabab notoriously infamous to conduct such attacks. 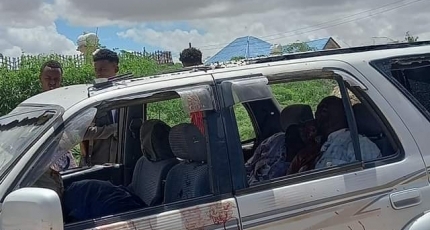 MOGADISHU, Somalia - At least three people were confirmed to have died and one woman was injured in a bomb blast that took place in Kahda district, south of Mogadishu, the Somali capital on Wednesday.

The explosion ripped through a Surf car carrying civilians, killing the occupants on the spot, including Abdullahi Sheikh Mohamud Guled was the brother of former interior minister, Mohamed Mohamud Guled alias [Gacma-dhere].

There is no immediate claim for the attack, but the Al-Qaida-linked militant group of Al-Shabaab often conducts such attacks in the Horn of Africa country and neighbouring Kenya.

The terror group has recently attacked military bases in Barire and Awdhegle in the Lower Shabelle region near the capital, killing dozens of Somali soldiers.

Al-Shabaab has stepped up attacks in Somalia and managed to gain control of the key town of Bacadweyn in the Mudug region, central Somalia although the militants were pushed back by the Somali government and Galmudug forces.

The security of the capital has remained fragile with little appreciation from the government led by PM Roble to sustain security maintenance with efforts by a technical commmittee to take the pro-opposition forces out of the city and send them back to their bases.