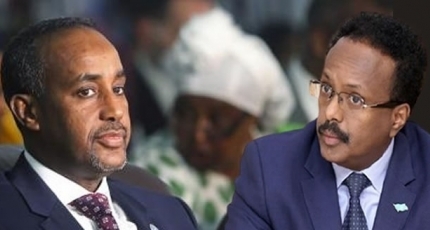 MOGADISHU, Somalia - The dispute between Somali PM Mohamed Hussein Roble and the outgoing president is taking a new dimension as mediation is still underway in Villa Somalia.

The leader of Galmudug Ahmed Abdi Karie alias [Qoor-Qoor] along with the outgoing Lower House speaker Mohamed Mursal are trying to find amicable ways to end the political gridlock.

There is ongoing arbitration in Villa Somalia which is aimed at bringing Farmajo and Roble to the negotiating table to resolve the contentious issues that have derailed Somalia's progress.

The UN security council warned the disputes could undermine the hard-gained little peace in Somalia and the fight against Al-Shabaab, the biggest threat to the stability in the country.

Credible sources within Villa Somalia confirmed to Keydmedia English that neither side has yet made any compromises that have hampered the ongoing off-and-on mediation efforts.

Farmajo continues to insist on his hard conditions, including the PM to drop the appointment of the acting NISA director Gen Bashir Goobe and Security Minister Abdullahi Mohamed Nur.

The analysts believe it won't be possible for the mediation to bear fruits as long as Farmajo remained in his stance and not compromising for the interest of Somalia and the people.

Farmajo has been accused of a cover-up and obstructing the investigation into the murder of Ikran Tahlil as he defends the prime suspect, including Fahad Yasin who became his national security adviser after PM Roble has removed him as NISA director early this month.

Tahlil, 25, went missing on June 26 after being abducted from her house and NISA announced her death after nearly 3 months, accusing Al-Shabaab of killing the senior spy agent.

The group distanced itself from the murder and termed the statement as a scapegoat claim that has no basis. This raised suspicion that the girl died at the hands of NISA chiefs who didn't want her to disclose the information about thousands of youths sent to Eritrea 2019-2020 who never come back home. They were spotted taking part in the Tigray conflict. 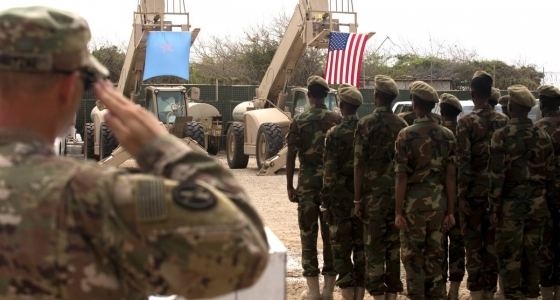