Custodial corps chief apologised ex-president for fire on his convoy

The former president has escaped unhurt from the shooting on his convoy in Mogadishu on Wednesday. 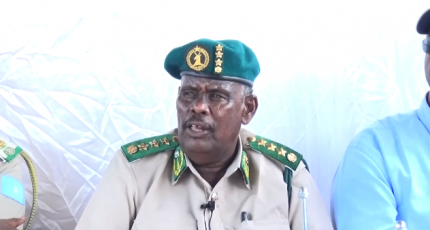 Aden accused the former president's security team of starting the shooting and tried to speed through a security checkpoint near the main central prison, where hundreds of terrorists are held, prompting clashes with prison guards.

Meanwhile, Somalia’s Justice Minister, Abdiqadir Mohamed Nur expressed their regret over the shooting, promising that anyone involved in the unfortunate incident will be brought to book.

Wednesday's attack was the 4th on the 8th president of Somalia who is now leading a coalition of opposition presidential candidates trying to unseat the current leader who is seeking re-election in the coming polls set to be held within 52 days.

The minister added that the government has appointed an inquiry team to look into the incident which comes days after the country's leaders have resolved a long-standing electoral stalemate following 4-day talks ended on May 27 with a joint deal.

The capital city has been in a fragile situation in recent months after Farmajo, the outgoing president has illegally extended his mandate by two more years that led to violence in Mogadishu in April.