Death toll rises to 10 in clan fighting in Somalia

Puntland state Vice President Ahmed Karash who hails from the Sool region along with regional officials has reached the battle zone to mediate between the warring clans. 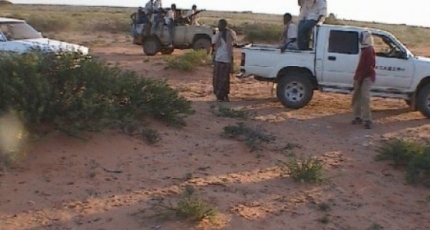 The battle between two clan militias broke out on Sunday in Sah-Maygag and Sange-jebiye, two small rural villages located in the contested Sool and Sanaag regions on the Puntland-Somaliland border.

The wounded have been admitted to hospitals in Garowe and Las'anod towns for treatment with doctors saying some are in critical conditions after suffering life-threatening injuries.

According to the officials in Puntland, the fighting was triggered by a long-standing dispute over land ownership. Puntland’s vice president Ahmed Karash is in the area to push for an end to the hostilities.

Since Sunday, families have been fleeing to the safer surrounding villages as both warring sides were receiving reinforcements to continue the fight which was described as the deadliest in many years.

The authorities in Puntland and Somaliland as well as the local traditional elders called for an immediate cessation of the ongoing bloodshed which they termed as unfortunate and comes amid a drought.