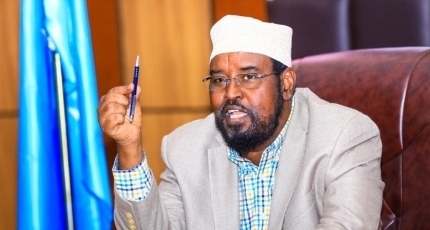 KISMAYO, Somalia - The president of Somalia’s Jubaland Ahmed Madobe called for urgent aid to assist drought-hit people in his region and avert a further deterioration of the situation.

“There is a drought affecting people and livestock in Jubaland that requires joint action to address the situation, I call on aid agencies to help the needy,” said Madobe.

Local residents in the drought-affected areas began to flee to other locations after all water reservoirs dried up and their animals are dying in big numbers, mostly the cattle.

“Livestock began to die in unaccountable numbers. People will soon begin to die unless Humanitarian Agencies intervene,” said a patriotist in Kulbiyow, who spoke to KON.

The current drought crisis in Jubaland after the region received pastoralists migrated from neighboring northeastern Kenya and could expect to affect nearly 5 million people.