The program’s content does not represent the policy of the Ethiopian government and is inconsistent with the relations between the two nations.” 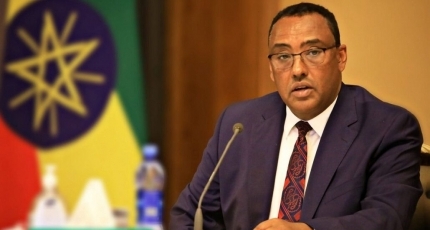 In a program that was aired on September 6, 2022, the host highlighted Somalia’s struggle with an internal conflict situation. Somalia is described as a country that has been “experiencing the oldest civil war in Africa, still unstable and home to many armed actors.”

The Host also made claims that  “the conflict affecting Somalia is deep-rooted in its history and continues to shape the country and is affecting its neighbors like Ethiopia.”

And then she went on to pose two questions: “Can the second-time president of Somalia Hassan Sheik Mahmoud change the course of Somalia’s history? Can Sheik Mohamoud take Somalia out of decades of Conflict into a field of peace? ”

A possibly more controversial part of the content is that she made claims that “there are uncertainties [in the relationship between Ethiopia and Somalia] that certain members of the president Hassan Sheik Mohamud government may derail efforts to improve relations between Somalia and Ethiopia. “

The explanation, in the view of the host, is that Hassan Sheikh Mohamud had a strong relationship with the Tigray People’s Liberation Front (TPLF) when the latter was dominating power and politics in Ethiopia before Abiy took office in 2018.

“There are some clear indications from TPLF leaders to hijack Hassan Sheikh Mohamud’s administration against the national interest of Ethiopia. Ethiopia believes such a futile attempt from the TPLF group can not be welcomed by Hassan Sheikh Mohamud government – partly or fully,” she added.

She is of the view that if that happens, it could bring about disaster for Somalia.
The Ethiopian government is not explicit as to what part of the analysis consists of “inaccurate reporting ”

The program’s content does not represent the policy of the Ethiopian government and is inconsistent with the relations between the two nations.”