Both Yasin Farey, who replaced Fahad after he was dismissed by PM Roble in September last year over the murder case and Abdullahi Kulane has joined the new parliament to escape from prosecution. 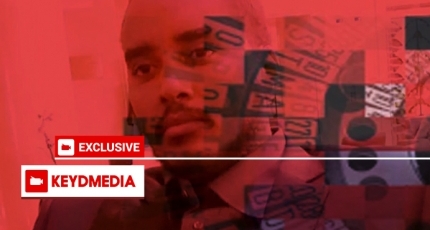 MOGADISHU, Somalia – The embattled former Intelligence chief Fahad Yasin will receive a summons to appear in Somalia’s military court in Mogadishu on charges of complicity in the murder of Ikran Tahlil.

Credible sources told the Keydmedia Somali service that the court of the armed forces will reopen the case filed by Ikran's mother, Qali Guhaad against Fahad Yasin in relation to the assassination of her daughter.

Yasin was the director of the spy agency at the time of the disappearance of the 25-year-old girl last year. She worked for 4 years as a cybersecurity expert under Fahad, Abdullahi Kulane, and Yasin Farey.

Both Yasin Farey, who replaced Fahad after he was dismissed by PM Roble in September last year over the murder case and Abdullahi Kulane has joined the new parliament to escape from prosecution.

KON sources further revealed that the court will issue Yasin with a summon notice in May, next month to face the murder charges. The court cleared his head of his election as MP in February this year.

Yesterday, the supreme court rejected hearing the ex-NSA's head case on the cancellation of his election victory by the Federal Electoral Implementation Team [FEIT] over voter fraud and irregularity.

“In May, the military court will summon Fahad Yasin and his co-accused former deputy director Abdullahi Kulane, Abdikani Wadna-qabad, and Yasin Faray, the incumbent NISA boss,” said an official.

The official with the intelligence agency who asked not to be named due to the sensitivity of the matter added that the court will give its verdict before the country goes to the election of the new president.

Somali PM Mohamed Hussein Roble who is at loggerheads with Farmajo has several times pledged that the Ikran will get justice and stressed that the perpetrators will one day be brought to justice.

Qali Guhad, the helpless mother said that she believes the outgoing President Farmajo was intentionally stymying the investigation into her daughter's killing to prevent Yasin, his close friend from an arrest.

According to the mother, Ikran was abducted during the nighttime from her home near the NISA HQ in late June 2021 after she allegedly received a phone call from her superiors to report to the office.

The spy agency accused Al-Shabaab of killing the girl, a claim that the terror group has denied. Iran's case has caught the attention of many on social media, prompting outrage from the opposition.