Farmajo remains defiant amid calls to resign over missing recruits

There has been growing evidence that Somali soldiers moved from their training camps in Eritrea moved to Ethiopia and involved in the Tigray war. 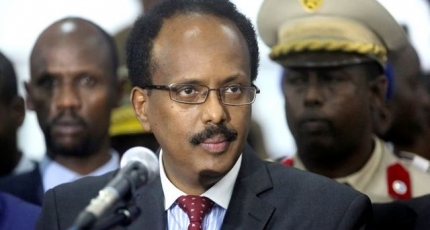 MOGADISHU, Somalia - The outgoing Somali president Mohamed Abdullahi Farmajo is facing growing calls for his resignation after a report by the UN that thousands of soldiers sent to Eritrea for training spotted in Tigray taking part in the war on TPLF.

In a statement, the alliance of the opposition presidential candidates based in Mogadishu accused Farmajo of being behind the deployment of the troops to Ethiopia whose whereabout still unknown whether are alive or all killed while fighting along with Eritrean forces last year.

"We're worried about the situation of the missing soldiers who were reportedly participated in the Tigray conflict. The outgoing president should be ashamed and resign over his continued silence on the issue," read the statement seen by Keydmedia English in part.

Farmajo has lost public trust and support during his presidency after launched an assault on the opposition leaders and protestors in Mogadishu in an effort to disrupt the peaceful transfer of power, leading the country into uncertainty about the elections.