As Somalia finalized its Petroleum Law, the outgoing Federal Government face accusations of failing to comply with the new regulation after signing secret oil deals with foreign firms. 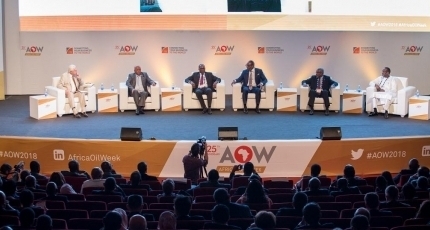 MOGADISHU, Somalia - Somali government will attend the African Energy Week (AEW) in Dubai, the UAE that will take place throughout 8-11 November, Keydmedia has learned.

The annual Forum which is set to bring together officials from Africa, leading oil companies, and investors will give nations a great platform to showcase their hydrocarbons on sale.

Somalia's Minister of Petroleum and Mineral Resources, Abdirashid Mohamed confirmed his participation at AEW and he is expected to auction the country’s untapped oil and gas.

As Somalia finalized its Petroleum Law, the outgoing Federal Government faces accusations of failing to comply with the new regulation after signing secret oil deals with foreign firms.

Farmajo’s move to the auction of oil could be a challenge for future governments in Somalia. In August 2020, the government said it opened licensing rounds for seven offshore oil blocks.

Sources within the ministry of petroleum told Keydmedia English that millions of US dollars obtained from the oil licenses were embezzled and ended up in the pockets of top officials.

The oil auction comes as Farmajo is seeking re-election and facing stiff competition from his predecessors – Hassan Sheikh and Sheikh Sharif and other heavyweight candidates.

The ack of transparency in Farmajo’s administration could hurt the pact with the International Monetary Fund (IMF) on Somalia's long journey to finalize its $5 billion debt relief process.

In early 2019, a conference on Somalia's oil was held in London, UK, where the government reached with several western oil companies competing for the offshore petroleum blocks.