The blast ripped through a three-wheeled vegetable Tuk-Tuk, which was traveling from Balad to Garasweyne village, killing five civilians. 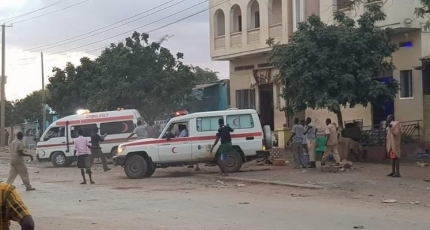 MOGADISHU, Somalia - An explosion has killed at least five Somali civilians in the south of the country on Monday, the latest in series of insecurity incidents in the Horn of Africa nation.

The roadside blast ripped through a three-wheeled Tuk-Tuk ferrying vegetable near Daniga Balow between Balad and Afgoye districts of the Middle and Lower Shabelle regions.

The victims were identified as:

The bodies of those killed in the blast were taken from the scene by their relatives to the Balad district for burial. Somali and AMISOM forces launched an operation there today.